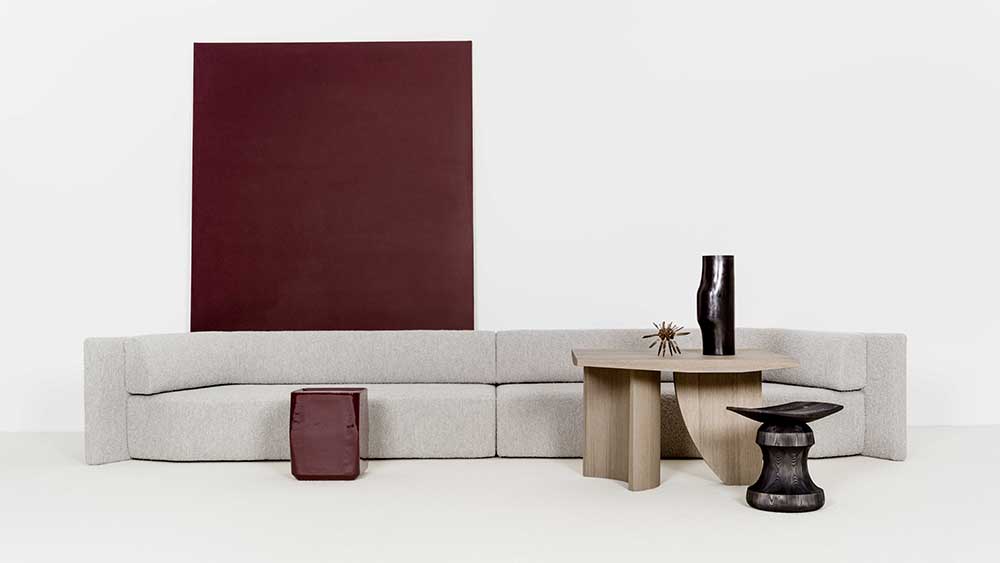 Every year, legions of designers aim to reimagine the furniture and objects that populate our homes, seeking to create products chicer or more daring or just plain more comfortable than those already in our living rooms. In the quest for newness, however, some pieces end up appearing overwrought, while others simply fail to improve on what has come before. A select few, however, achieve an elegant balance of functionality and aesthetics, becoming new classics that are worth holding onto for the long haul. Whether a chair of supreme simplicity, a rug in bold graphics, a lamp that looks as if Miro drew it or a substantial table cut from travertine, the following are the best, most thoughtfully considered designs of the past year.

The Danish tableware company Stelton has been a favorite of designers and architects ever since it introduced the purist—and many would say perfect—Cylinda-line stainless-steel coffee and tea vessels by Danish architect Arne Jacobsen in 1967. In 2018, Stelton revealed that it had invited another renowned architect to take a crack at similar wares—the Englishman Norman Foster, who is normally busy designing buildings like the Gherkin and Apple Park. Where Jacobsen’s collection is based on strict cylindrical forms, Foster’s is infinitely softer and more sensual, full of sweeping organic shapes. Deftly avoiding a challenge or a tribute to Jacobsen’s collection, it offers a compelling new statement of its own.

As the designer who kicked off the craze for mobile-based chandeliers, New York–based David Weeks has long had a knack for finding equilibrium. His new Treble Standing Lamp, however, does more than evoke a delicate sense of balance. With a sinuous, looping metal body holding a slightly misshapen shade of puckered, powder-coated aluminum, it resembles the joyful, freeform lines of a sketch come to life. It isn’t all fun and games, though: With a glass diffuser and integrated, dimmable LED light source that equals the lumen output of a 60-watt incandescent bulb, it’s a perfectly capable reading lamp that saves electricity.

The Constellation C040 coffee table designed by David Raffoul and Nicolas Moussallem, founders of the Beirut-based studio David/Nicolas, is intended to reflect the cosmos, but it’s just as much a study in exquisite 21st-century craftsmanship. The limited-edition travertine behemoth combines a reeded base with an intricate top featuring hundreds of inset geometric stainless-steel pieces. Produced for Carpenters Workshop Gallery, a cutting-edge incubator of spare-no-expense experimental design, it appears simultaneously ancient and new—hardly a surprise for a pair of provocateurs who cite influences as diverse as antique furniture, space travel and Daft Punk. (price upon request) carpentersworkshopgallery.com

Brooklyn-based Fernando Mastrangelo combines resin with unexpected materials like rock salt, crushed glass, metal BB pellets and rainbow sprinkles to create surprisingly sturdy stools and tables that look as though they’re ready to dissolve but are permanently bonded together. His new Flood mirrors are among his most poetic creations yet, with overlapping cast sand and aqua-dyed urethane that deliberately evoke the beach. But Mastrangelo hopes the mirrors also carry a cautionary message: If we don’t stop global warming, floods from rising sea levels are bound to become an increasingly common occurrence.

In 2000, when German designer Norbert Wangen introduced the K2 kitchen, it was widely embraced as a minimalist’s dream come true. Based on a credenza-like unit with a sideways-sliding countertop that revealed—or concealed—a sink, faucet and cooktop, it was a true kitchen shapeshifter. Its compact size and stainless-steel top, however, seemed a little too efficient for some homes. Over the years, Wangen has tinkered with various updates, but the K6 is his best yet. With larger dimensions, warm wood finishes and a top that slides back into prime kitchen-island position, it’s no longer just a machine for cooking, but a welcoming destination for hanging out.

Belgian interiors layered with deeply textural linens, chalky matte plaster and subdued colors have recently taken the design world by storm. A master of the medium is Belgian architect Vincent Van Duysen, whose knack for creating calm, well-edited rooms routinely leaves aficionados like actress Julianne Moore speaking in reverential tones. His Elain armchair for Molteni&C, where he is creative director, is just as considered as his interiors, offering a cozy embrace without appearing overbearing. Characteristically understated, it is a chair focused more on comfort and long-lasting appeal than making headlines.

The Rug Company is no stranger to collaborating with fashion designers. Its collections have included scene-stealing carpets by the likes of Paul Smith, Vivienne Westwood and Diane von Furstenberg. Yet two new wool-and-silk designs developed by Scottish fashion wunderkind Christopher Kane—Grid Construct and Wave Construct—recently landed with the lustrous sheen of something new. Featuring bold, disciplined patterns, Kane’s creations offer a subtle tip of the hat to the gridded furniture designed by Scottish architect Charles Rennie Mackintosh, but with an asymmetry and color palette that make them entirely his own.

Seemingly offered in every possible size, style and permutation, the contemporary sectional sofa has been experiencing something of an identity crisis of late—it can be anything you want. Leave it to Christophe Delcourt, the Parisian purveyor of furniture with a sophisticated modern ease, to show us what it should be. His EKO sectional sofa (pronounced “echo”) breaks from the pack with simple, muscular proportions, modules that stretch out like wings and hexagonal components that free it from 90-degree angles. Loosely inspired by Le Corbusier’s celebrated Notre Dame du Haut chapel in Ronchamp, France, EKO is also destined to become a French classic.

London-based designer Michael Anastassiades is best known for minimalist light fixtures that double as illuminated sculpture, which, depending on their scale and intention, either quietly wait to be discovered or command attention while defining a room. His Jack wall system for B&B Italia is a brave foray into furniture that does the latter. Made from simple dowel-shaped components, the customizable, expandable shelving system stretches floor to ceiling, providing not only room for books but also an elegant method for dividing space.