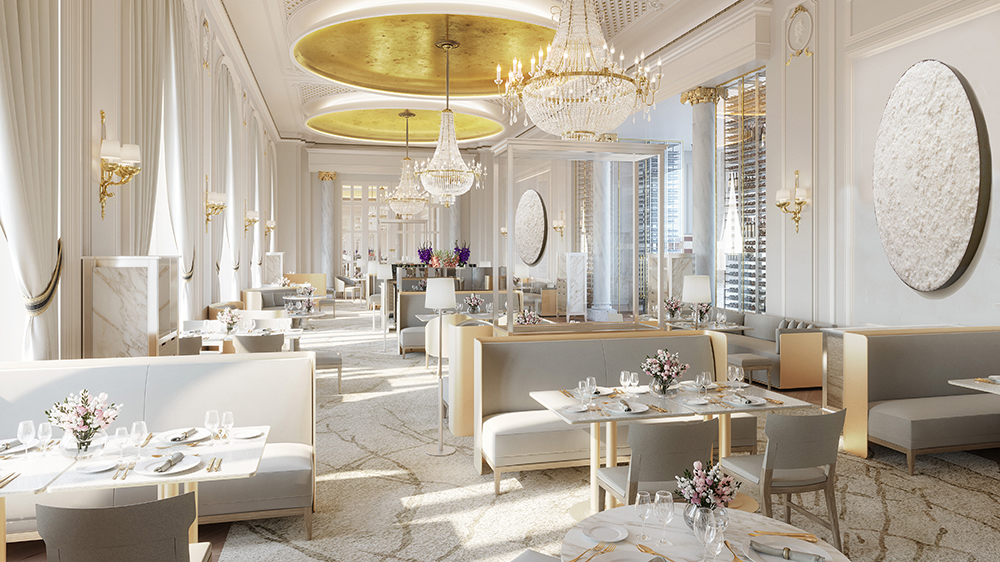 Hospitality’s focus this year has, understandably, been on rugged, rural or decidedly outdoorsy locations. This means the reopening of some of the world’s best city-center hotels went largely under the radar, much like this trio of standouts.

Gone are the thick carpets and gilt drapes, replaced with pared-down, neutral-toned textiles, exposed oak floors and minimalist four-poster beds. The glass ceiling above the afternoon-tea-serving Palm Court has been reconstructed, and the public areas of the hotel are now festooned with artworks, a nod to the hotel’s location at the apex of Madrid’s Golden Triangle of Art, between the Prado and the Thyssen-Bornemisza. Doubles from around $785

The 190-key hotel, operated by the Oetker Collection, has finally completed its long renovation, the most exhaustive since it opened in 1925. Fittingly, as the world embraces everything alfresco, the focus of the final phase was the 13,000-square-foot garden, a rare green sanctuary in the 8th Arrondissement. Landscape designer Lady Arabella Lennox-Boyd sought to bring a sense of countryside to the urban hideaway, with much of the flora native to the Paris region. Roses wreath bespoke trellises, and the gentle tinkle from black slate fountains fills the space, an almost meditative hum. Stay the night in another of the final additions: the Lumière Suite, with its contemporary but grand design, all polished rosewood tables and brushed-brass reading lights. Doubles from around $1,810

In 2020, Rosewood Hotels & Resorts went back to where it all started by paying tribute to its first hotel—and the city in which the brand was born 40 years ago. Set in a former private estate built in 1925, this property has long been an anchor in Dallas, and known as much for its ornate décor and setting in a leafy residential neighborhood as for its nationally lauded restaurant. As this grande dame hit middle age, Rosewood undertook a four-year renovation, which concluded last year with the reimagining of the 142 rooms and suites as well as the entry rotunda and lobby. Signature (and fan-favorite) suite elements like French doors and elegant balconies now live alongside specially commissioned works that tie in elements of Texas and the original mansion. Fancy a pair of custom Miron Crosby boots? You can co-design them in a private appointment, one of the hotel’s new signature partnerships celebrating other Dallas luxury icons. Doubles from $455