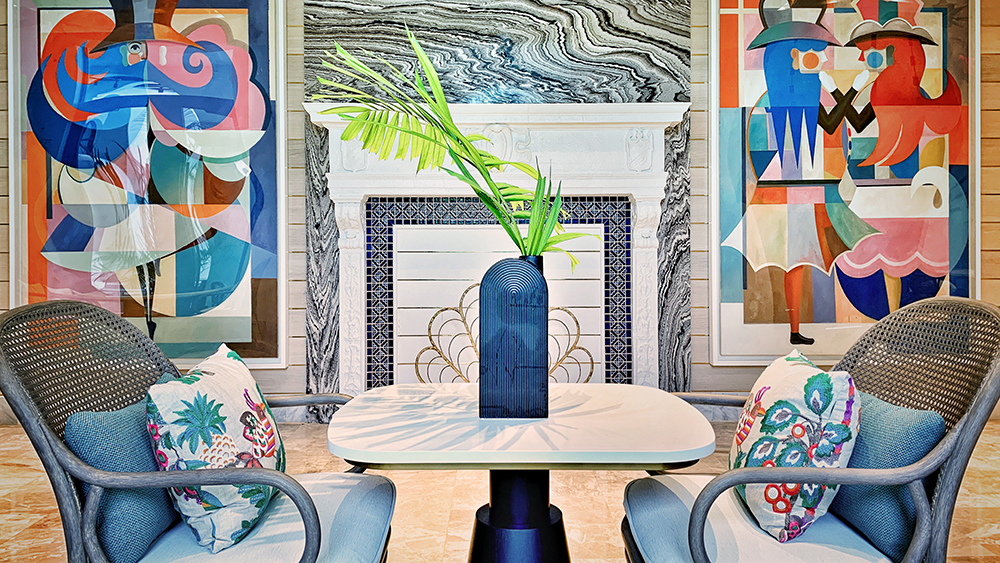 New ownership and management, and historically sensitive redesigns, have turned three iconic, nearly century-old American hotels into contemporary masterpieces. Plus one landmark mansion that just debuted as a hotel.

A stunning view of the “Sunken Gardens” on the estate grounds.  Commodore Perry Estate

Auberge Resorts picked this historic, 10-acre estate for its urban debut, which was originally built for showman-like cotton broker and real-estate developer Edgar “Commodore” Perry in 1928. He sold it 16 years later, saying the house was too big for a home but perfect for a party. Be among the first to fête him here as the complex is rebooted as a hotel, its interiors masterminded by the suitably theatrical Ken Fulk, who picked up many of the fixtures trawling the local Round Top antiques fair. The hotel includes 42 rooms and seven suites in a newly built inn, a three-story courtyard-style complex, but the best option is one of the five oversize suites in the Perry family’s original Italianate mansion. In a nod to their determined good-lifing, every room features a vintage-style bar cart stocked with cocktail fixings customized to each guest’s whims. Doubles from $600

A poolside view of the mountains at The Colony Palms.  Jim Bartsch

Longtime Palm Springs tastemaker Steve Hermann recently remastered this storied property: a 1936 Monterrey Spanish–style pile that played host to the likes of Frank Sinatra and Ronald Reagan in its midcentury heyday. Hermann replaced the Moroccan-tinged reds and purples of the hotel’s most recent incarnation with green and white, adding treillage latticework and modernist accents to the bar and lobby plus green glass mosaic tiles to the original 65-foot saltwater pool. Included in the mix of 57 rooms, bungalows and suites is Hermann’s own home when he’s on the property, available as a 3,500-square-foot one- bedroom or 4,000-square- foot two-bedroom with butler service. Doubles from $300

This new hotel occupies what was one of the first American properties for the Ritz-Carlton chain, built in high-neoclassical style in 1927 with knockout views of the Public Garden from its privileged perch on the corner of Newbury and Arlington Streets. Thanks to a two-year top-to-bottom refurbishment and renovation by an interior-design dream team, the newly christened Newbury Boston makes a 21st-century statement: almost 300 rooms and 90 suites by Alexandra Champalimaud (all plush and muted-hued) plus public spaces remastered by Jeffrey Beers, including a book-filled lounge with volumes selected by the Boston Public Library. The rooftop restaurant? Contessa, a sibling to New York’s buzzy Carbone. Doubles from $600

For this sister of Nantucket’s beloved White Elephant, the hotel’s owners headed to Palm Beach’s Sunset Avenue and a 1924 landmark built as the Bradley Park Hotel. Elkus Manfredi Architects painstakingly preserved the façade of the Mediterranean Revival building—just two blocks from the Atlantic—then crafted contemporary, neutrally hued interiors reflecting historic style. The ground floor holds a branch of Nantucket’s Lola 41 restaurant, and the three levels above comprise 32 rooms and suites, with the multi-bedroom Park and Palm rooftop suites each opening onto terraces. Insider tip: Guests have access to a fleet of Hinckley picnic boats for private excursions. Doubles from $650