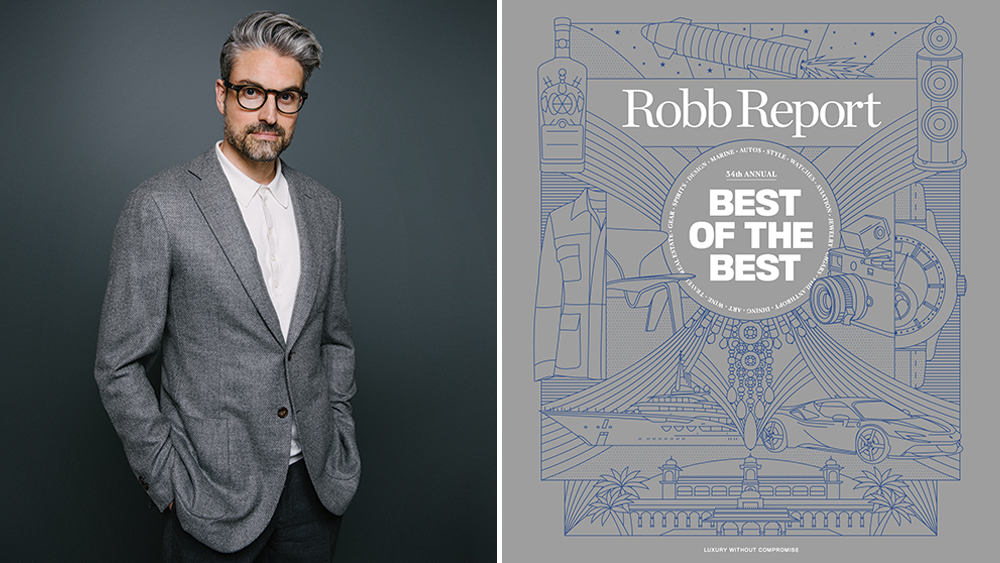 Best of the Best has been around for 34 years. It’s the annual issue for which we pause our relentless pursuit of the latest and greatest to take stock of the luxury industry over the past 12 months and anoint those brands, innovators and artisans who have reached the pinnacle of their profession.

Prizes have recognized the marriage of remarkable craft and exceptional design in the manufacture of an item, either by hand or by machine, of impeccable quality. Over nearly three and a half decades, we’ve bestowed thousands of awards upon hundreds of winners across America and throughout the world.

That’s a lot of stuff, isn’t it? I wonder how much of it would hold up today, against this year’s winners. It’s possible, depending on your particular aesthetic, that some might appeal now more than ever: Leather goods will have aged beautifully over time; neo-vintage watches, those released from 1990 onward, are currently highly prized on the secondary market; while wines and whiskies laid down decades ago might be at the very peak of their powers.

That said, you could just as easily, and perhaps more convincingly, claim that the 204 awards we announce in this issue don’t represent simply the best of the past 12 months. Such is the pace of technical development and improvement that even after the two years we’ve just experienced—and the attendant delays and challenges the various industries have endured—you could argue that this year’s winners epitomize something even bigger. They are as good as these things have ever been.

Take our winner in the hypercar category, the Rimac Nevera. Twice the power of a Formula 1 car. A surge to 60 mph in less than two seconds. An all-electric high-performance drivetrain that, behind the wheel, feels like you’re rocketing into the future. Not just a worthy champion, it’s a vehicle that couldn’t have been imagined 10 years ago, let alone when Best of the Best was born. It is a machine of its age, 2022.

As is the Vita Lion—the first high-end electric boat with a practical charge time (58 minutes), it emphatically shows the way for EVs on the water. At 35 feet, with room for eight, a double sunbed and an open stern, it’s a serious day cruiser with real power (its top end is 40.2 mph) and style to match. Introduced at Monaco in 2021, the inaugural production model should be complete any day now.

Another example of an award that could hardly have been bestowed in any other year: that given to the Lago Founders’ Frame, designed to best display minted—that is to say, NFT—art, whether augmented reality, layered, generative or in 3-D motion. Or look to watches, already an anachronism in our age of to-the-millisecond digital accuracy. Our ultimate timepiece, Cartier’s extraordinary Masse Mystérieuse, is modeled on the French maison’s Mystery Clocks that were introduced in 1912, which presented the hands seemingly floating in midair within the transparent body of the chronometer. This new watch is so brilliantly bonkers and original, yet entirely in keeping with Cartier’s history of elegance and innovation, that I simply don’t have the space to describe it here.

And then, of course, there’s luxury space travel. Spaceship Neptune has announced its intention to launch its enormous balloon, carrying eight people to the outer rim of space, with Wi-Fi and a cocktail cabinet. If that doesn’t say 2022, I don’t know what does.

So, just as it’s taken Best of the Best 34 years to get to this point, today’s winners are braver, bolder and more inventive than ever before. To stand atop the podium now takes leadership, devotion and an unequaled commitment to excellence. Congratulations to every last one of them.