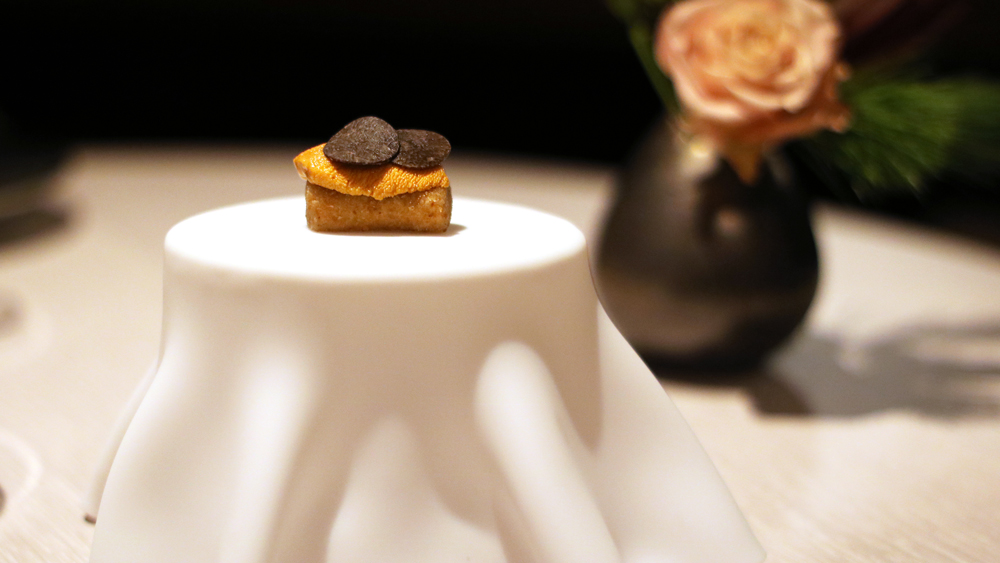 For 20 years Josiah Citrin presided over one of Los Angeles’s great fine dining institutions. Mélisse’s California-inflected French cuisine featured the technical excellence and buttoned-up service that Michelin and discerning diners long gravitated toward. But as his lease was about to run out in 2018, he realized that if he was going to renew, he couldn’t just keep running the same restaurant. Dining had changed in two decades, and he knew had to change with it. And with him having so much fun with his hit live fire a la carte restaurant Charcoal, he wondered if he wanted to do tasting menu-driven dining anymore.

In recent years, many chefs and diners have drifted away from tasting menus—the food could feel fussy and the exacting service too cold. But across the country, especially in the past year, chefs showed there was still life left in the form. These tiny successions of bites adding up to a bigger whole remain an outlet for ambitious chefs to strive for technical excellence and personal expression in their food. What’s changed is that these chefs have broken down the wall between kitchen and dining room, so diners can hear the stories of the dishes directly from the artisans. The results are far from cookie cutter. In our “10 Best New Restaurants in America” this year we featured an African-American chef exploring Japanese techniques at a little counter in the basement beneath an acclaimed Chicago cocktail bar; in Minneapolis, an award-winning chef is playing with the idea of the Midwest being a distinct culinary region; and in Portland, a young chef is channeling his time traveling the world into a dinner wholly unique to him.

Citrin decided to take a similar path. He re-upped his lease but then promptly closed Mélisse and gutted the space. In its place he and chef-partner Ken Takayama created two restaurants that opened at the end of 2019: the more casual a la carte Citrin and a reimagined, but still tasting menu-driven, Mélisse. The five walnut tables unadorned by tablecloths share the space with the chefs who are right in the room with the diners. Whereas the old restaurant’s vibe was one of quiet reverence, Mélisse 2.0 is smaller, more fun and interactive, featuring a menu that’s less French and more rooted in the multiculturalism of Southern California. Thus, it feels more personal to the chefs cooking it.

Although Covid-19 halted the restaurant’s revival for the time being, the team has maintained momentum with exceptional multi-course takeout menus that even sneak in some Mélisse classics, like the ethereal lobster Bolognese with truffle sauce. Even in the face of a pandemic, Citrin is proving he’ll remain a cornerstone of LA dining for years to come.