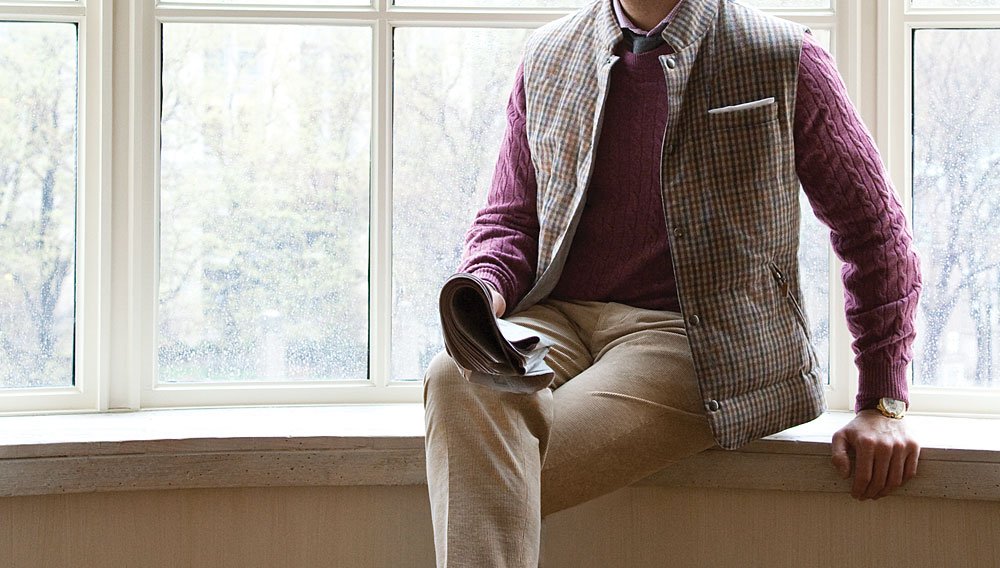 Italian designer Brunello Cucinelli is credited with charting a new direction for men’s sportswear with his signature collection, which employs the artisanal details and craftsmanship, as well as the sumptuous fibers, typically reserved for the finest tailored clothing. It should come as no surprise, then, that his new collection of tailored suits, smoking jackets, and formal attire—all constructed, of course, from his irresistibly soft, superluxe fabrics—borrows some of his signature sportswear’s casual elegance and athletic lines. The two collections’ common elements reflect Cucinelli’s philosophy of style, which advocates the intermingling of formal and informal clothing to add sophistication to sportswear and a more relaxed look to business attire.

To facilitate this interchange, Cucinelli constructs his blazers more like sportswear, giving them far less interior structure than most conventional clothiers give theirs. He also shows his single- and double-breasted jackets in a more informal manner by pairing them with straight-leg, short-hemmed trousers, a polo shirt, and suede ankle boots to illustrate how business clothing can be incorporated with sportswear. Despite his more laid-back approach, Cucinelli is assiduous when it comes to incorporating such fine sartorial details as seams pick-stitched by hand, Bemberg linings, tack-stitched interior pockets, and boutonniere stays under lapels.

Retail success has validated Cucinelli’s modern, soft take on menswear—as have the countless other men’s brands that have adopted his sporty design signatures, which include suede elbow patches, throat latches on blazers, interior cell-phone pockets, and embroidered logos under felt-lined collars.