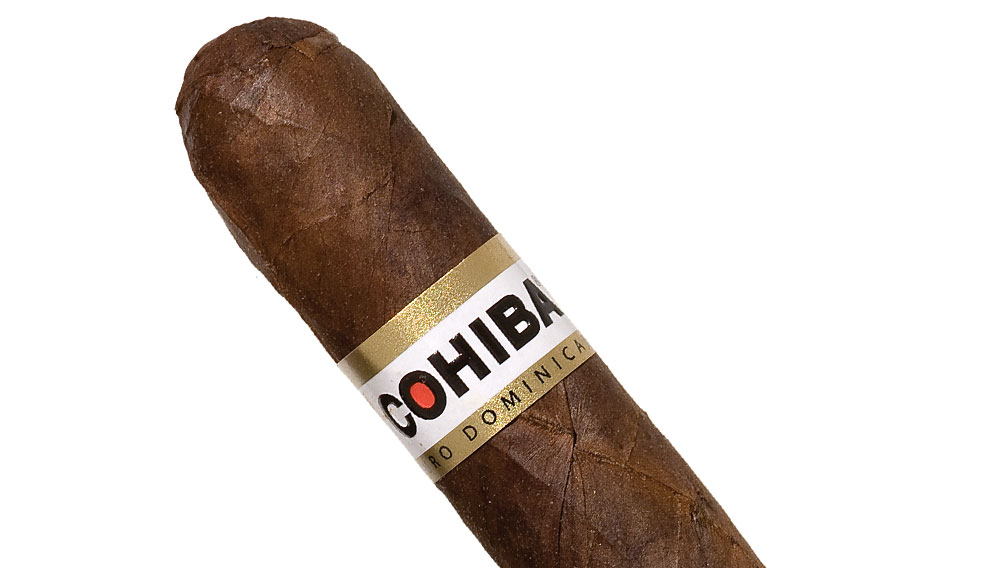 Although other companies brought their Dominican puros to market first, General Cigar began experimenting with Dominican-grown wrappers as early as the 1970s. Recently, the company’s retiring president and chief operating officer, Daniel Núñez, at last unveiled one of the splendid outcomes of those experiments, the Cohiba Puro Dominicana (www.cigarworld.com, $14.30–?$21.30). It is not the company’s first Dominican puro: A limited-edition Partagas Cifuentes Winter Blend was introduced in 2006. But unlike the Winter Blend, the heftier-flavored Cohiba Puro Dominicana will be a regular component of the product line. The wrapper was grown in Mao, a topsoil-rich region in the Cibao Valley formed by the ancient Yaque del Norte River. After curing, the Dominican Piloto wrappers are aged in tercios to enhance their flavors, then aged for four weeks in charcoaled wooden barrels. The Dominican binder is from the Mao farm, while filler tobaccos are sourced from different farms and carefully chosen for their individual tastes. The result is a velvety flavor of gentle earth with a steely thread of strength running through it. Of the four shapes, the 7 x 49 Churchill best represents this extraordinary new addition to the Cohiba family.