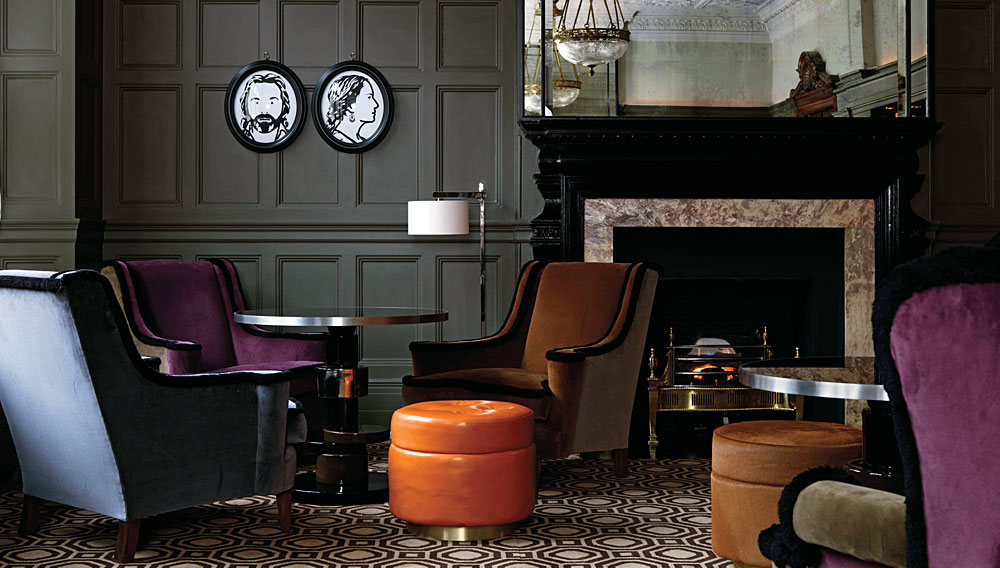 “It has been a little while since we last had the pleasure of your company at the Connaught,” begins Anthony Lee, the hotel’s general manager, in a letter that he sent to past guests in March, “and I wanted to keep you abreast of recent events.” With characteristic British understatement, Lee then proceeds to itemize said events, which entail nothing less than the transformation of this London landmark into the world’s most distinguished city hotel.

First opened in 1897, the Connaught sits on the corner of Carlos Place and Mount Street in Mayfair Village. The hotel closed in early 2007 for an expansion and renovation that, when completed this summer, will total nearly $150 million. Thus far, the project has comprised a restoration of the Connaught’s 90 guest rooms (led by London designer Guy Oliver); the addition of the Apartment at the Connaught (a flat-like suite created by London’s David Collins); the opening of two eminently inviting bars (one designed by Collins, the other by Parisian India Mahdavi); and the debut of a fine-dining venue helmed by Parisian chef Hélène Darroze. The Connaught began reopening in phases in December 2007, and the renovation will conclude with the unveiling of a 33-guest-room wing this June and a new spa, developed with Singapore’s Amanresorts group, in July.

Despite the many collaborators involved with its reinvention, the Connaught is consistent in tone. The designers injected contemporary touches—such as the black-and-white cameos by artist Julian Opie in the Coburg Bar (shown)—but never at the expense of the restored gilt mirrors, oil paintings, and six-story solid-mahogany staircase that anchor the Connaught’s classic ambience. The result is the best of both worlds: an all-new shine on a hotel with a genuine historic atmosphere and a highly polished staff.

The Connaught, in fact, retained every member of its staff at full salary during the eight months that the hotel was closed. Lee, who has been at the property for 28 years, is only the seventh general manager in its century-plus history, and the jovial, silver-haired fixture—whether writing to a past guest or welcoming a first-time visitor to the lobby—embodies the Connaught’s slogan of “Understated elegance in fashionable Mayfair Village.” ($700–$4,640)