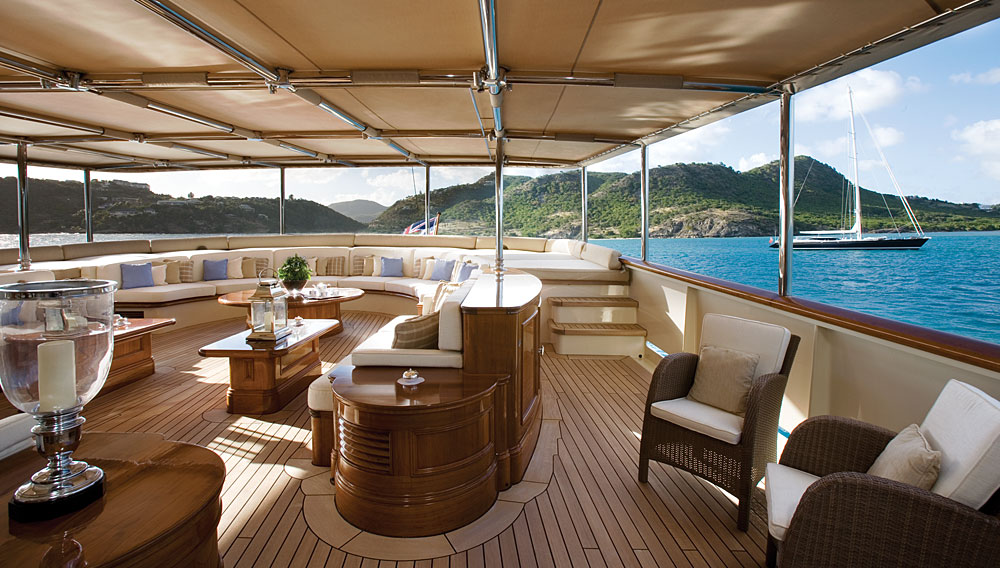 When asked once about the prices of his famous Corsair yachts, American financier J.P. Morgan reportedly answered, “If you have to ask, you can’t afford it.” Nearly a century later another visionary businessman has recaptured the priceless majesty of Morgan’s Corsair vessels in the Corsair Yachts Nero, a 295-foot passion project that combines the classic style of Morgan’s boats with 21st-century technology. Roughly eight years ago, the owner knew he wanted to build a unique yacht, but he could not find a yard willing to bend to his vision. Finally he struck a deal with Yantai Raffles, a Chinese builder of tugs, barges, and oil rigs, to assist in constructing the boat the way he wanted it. He also founded his own company, sentimentally named Corsair Yachts, on the premises of the Yantai Raffles shipyard, to oversee and execute much of the build. In 2008 his newly launched Nero took the yachting world by storm. It now charters through Burgess Yachts (+44.20.7766.4300, www.burgessyachts.com) at a weekly base rate of about $431,000.