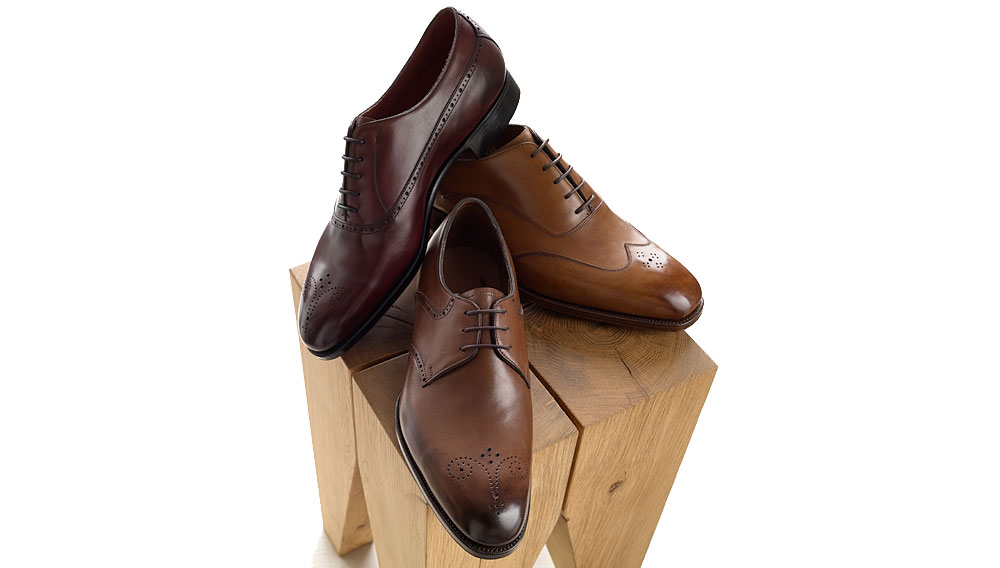 Alhough it is a company steeped in tradition, the 119-year-old English shoemaker Edward Green continues to evolve—one step at a time. One of its more elaborate demonstration pieces is a pair of special-order velvet slippers with shapely soles and a colorful thorn-apple design embroidered on each shoe by Hand & Lock, the embroiderer to Britain’s royal family. This slipper is a unique work of art intended to showcase the shoemaker’s incredible bespoke detailing.

The newly unveiled Top Drawer line—a range of customizable footwear built on two of the maker’s distinctive lasts—best exemplifies Edward Green’s craftsmanship. One of the most popular is the century-old 202, which is wide and straight on the inside, with a round toe. Each last offers a slightly different look and fit, but the finished shoes have many common features, including a spade-shaped sole edging and exquisite hand-finishing and polishing. The handworked patina, applied in several stages, was developed by craftsman John Hlustik, who acquired the nearly bankrupt label in 1982 for a single British pound (and the assumption of the company’s outstanding debt). Upon his unexpected death in 2000, Hlustik’s sales manager, Hilary Freeman, took over. She and a team of master cobblers have substantially improved the quality and depth of the product range, which now includes derbies, monk-straps, wing tips, oxfords, and loafers, among other styles, cut from one of the largest selections of unique and exotic skins.