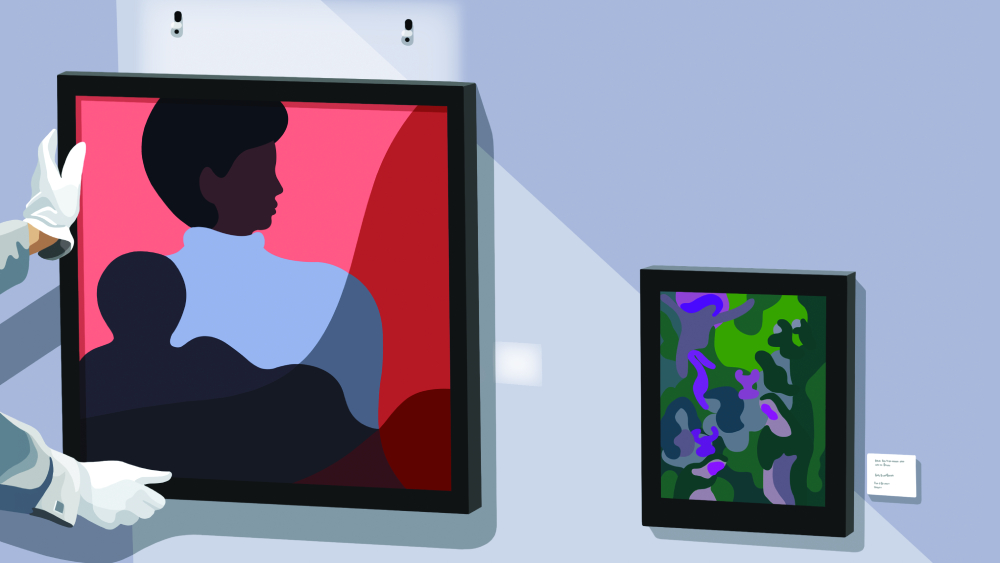 There have been signs of a surge coming for years: Kara Walker’s moving meditation on sugar’s inextricable links to slavery, which drew crowds to Brooklyn’s old Domino Sugar factory in 2014; the history-making, back-to-back turns of two African-American artists, Mark Bradford and Martin Puryear, representing the United States at the Venice Biennale in 2017 and 2019, respectively; the burbling to the top of other women and artists of color never quite given their due, such as Howardena Pindell, Charles Gaines and Jack Whitten. But it was only in the past year that the art world’s commitment to diversity finally felt serious. And then, with the brutal police killing of George Floyd giving way to worldwide protests against systemic racism, that progress suddenly felt woefully inadequate. As the keepers of our culture, museums came into sharp relief during the Black Lives Matter protests, leaving their internal staff hierarchies, boards of trustees and other institutional shortcomings open to criticism. Some owned up to their failures, while others took sharp hits for their tone-deaf responses.

Leading galleries such as Hauser & Wirth, Pace and David Zwirner have been in an arms race to sign acclaimed artists of color and women for the past couple years, but that competition came to a head in 2019 with Nicole Eisenman, Glenn Ligon and Sam Gilliam—just a few of the big names to throw in with powerful dealers. At the same time, many of the most talked-about rising stars continued to push the art world beyond its comfort zone: Vaughn Spann, who was a highlight of a group show at Gagosian; Lauren Halsey, who brought a South Central vibe to Paris’s Fondation Louis Vuitton; and Jordan Casteel, who caught the eye of important collectors, such as J. Tomilson Hill, and followed her frst major solo exhibition, at the Denver Art Museum in 2019, with a solo turn at the New Museum in New York.

Many of the fall art season’s most acclaimed exhibitions were devoted to African-American artists, including the multidisciplinary Pope.L, who was celebrated in New York at both the Museum of Modern Art and the Whitney Museum of American Art, as well as by the Public Art Fund, for which he orchestrated one of his signature “Crawls”; assemblage artist Betye Saar, who at 93 had bicoastal shows at MoMA and the Los Angeles County Museum of Art; and Theaster Gates, who brought his pioneering social-practice art to the Walker Art Center, in Minneapolis. Prominent commissions also gave voice to the once-silenced, such as Kehinde Wiley’s Rumors of War, depicting a proud black youth riding a powerful steed—which resides in the former Confederate capital of Richmond, Va., a setting that is all the more poignant now that so many of the Confederate statues the piece riffs on are being torn down—and Wangechi Mutu’s commanding African women, posted along the façade of the Metropolitan Museum of Art like sentries.

Meanwhile, in a controversial move, the Baltimore Museum of Art vowed that in 2020 it would buy art exclusively by women, an attempt to rectify the profound imbalance in its collection, which was 96 percent male at the beginning of the initiative. It even sold a few of those male-made pieces, including a Warhol and a Franz Kline, to fund the new acquisitions.

But the moment that signaled a true sea change occurred when MoMA reopened its doors after a $450 million expansion. It wasn’t only the many temporary exhibitions and installations by artists of color, including Pope.L and Saar, that made a statement, but also the collection galleries, which no longer told an art history written almost exclusively by white men. The Alfred H. Barr Jr. Galleries, where curators hung Picasso’s Les Demoiselles d’Avignon, may have shown it best: The canonical masterpiece had a new neighbor, African-American artist Faith Ringgold’s American People Series #20: Die, a piece that, with its explosive energy and politically charged theme, feels uncannily of the moment, though it was painted in 1967. The painting took its place not with the humble gratitude of a guest but with the hard-earned self-respect of ownership.