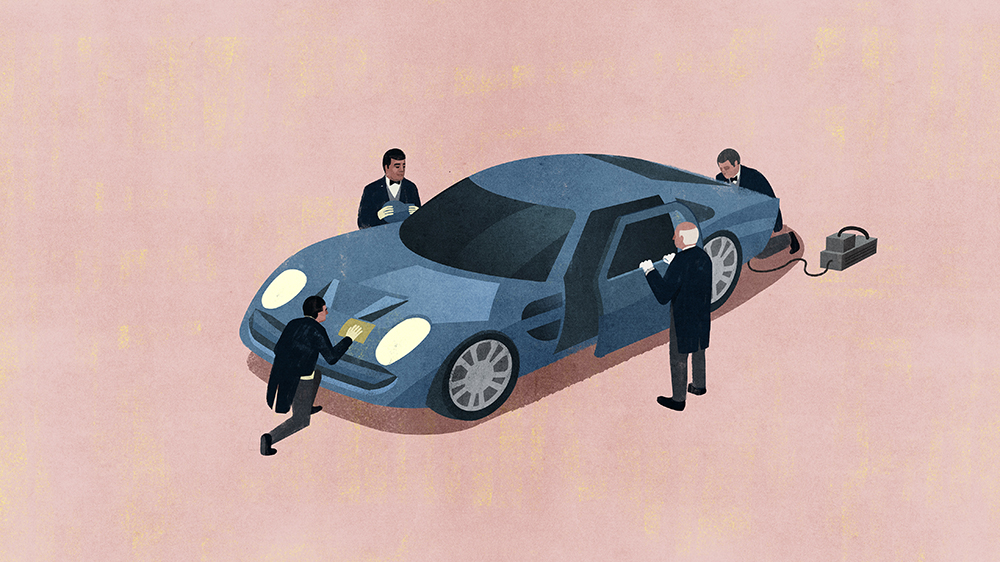 The Big Idea: A Call for Coachbuilders

Ancient king Solomon wrote, “What has been done will be done again; there is nothing new under the sun.” Granted, coachbuilding probably wasn’t top of mind when he wrote it, but it applies. The art of custom bodywork on wheels, dating back to the chariot and nearly lost by the end of the 20th century, appears to be on a comeback. “The auto industry has failed the consumer for many years,” says Scott Wallace, cofounder of Florida-based E.C.D. Automotive Design, which builds reimagined and individually tailored Land Rovers. “Personalization of almost everything in life is part of expectations now, but I had more custom choices for my iPhone cover. The surge in coachbuilding is because of a consumer who’s bored.”

In response, a number of storied ateliers have been resurrected—Touring Superleggera, Bertone and Radford, to name a few—though most share ties to their predecessors in name alone. And while technological and material advancements have facilitated their return, the primary factor is the vacuum left by automotive-industry consolidation.

“We have occupied the super-niche abandoned by luxury automotive companies the moment they became part of major OEM groups,” says Andrea Zagato, CEO of 102-year-old coachbuilder turned design studio Zagato. Since Volkswagen acquired Bentley, he notes, the production of Continental GTs alone rivals the marque’s entire output in the nearly 80 years prior. Ferrari, Lamborghini and Aston Martin have also pumped up the volume to historic levels. In other words, luxury cars are becoming less rare, not more, and some of the biggest players in the space no longer offer the ultimate differentiator: bespoke, hand-built bodywork.

“Projections for the future of transportation suggest we are going towards mobility as a service, meaning that people, especially in big cities, will tend to rent rather than buy,” says Giorgio Gamberini, director of business development for Italdesign, cofounded by famed designer Giorgetto Giugiaro in 1968. “We have the skills, tools and experience to run ultra-limited-series productions from A to Z.” In the future, he adds, premium automobiles will likely be viewed the same as commissioned art.

Zagato, soon to introduce his 19-example, 650 hp Iso Rivolta GTZ to the US, says his goal, like other elite coachbuilders, is “to be consistent with our past. None of us are working on mass-production models. A collectible should last longer than a consumable.”