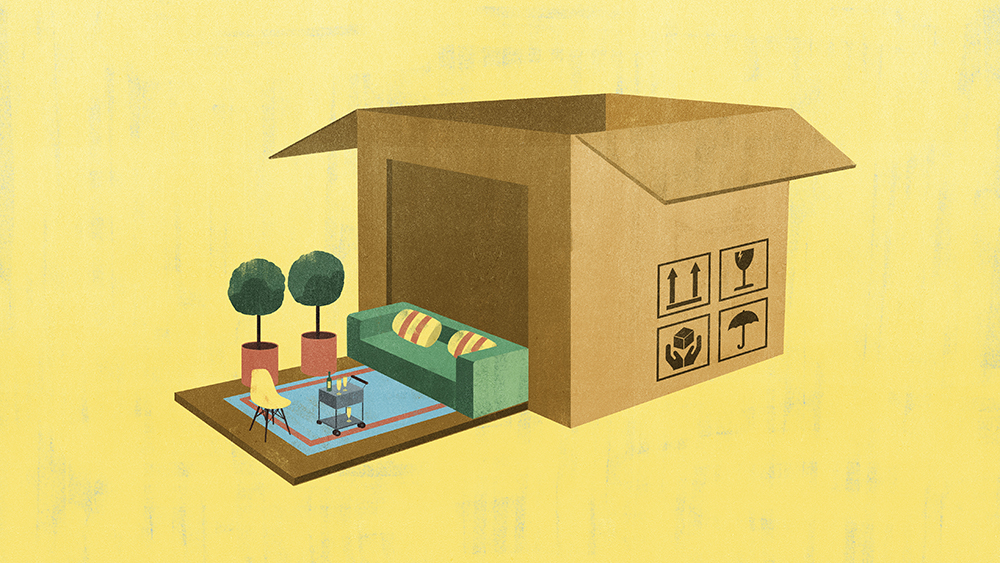 Last year we learned anew how to live in our homes. We had to: For long periods everywhere else was closed. The extra couch time caused us to rethink our abodes. A residence was no longer just a place to bookend the day, where a sofa was for show rather than sitting, a desk a spot to pay the monthly bills. It became the place, where we worked for hours, spent all our leisure time and took many, many Zoom calls.

The home office took priority. “I did a self-survey of how many hours a week I was in different rooms,” says one tech executive. “I was spending 40 to 60 in the office. So if I’m just looking at where my time is going, it made sense to spend effort on that part of the house.” He tasked Standard Architecture, a Los Angeles firm known for its sunny, open-concept residences, with creating a workspace for his Beverly Hills home that included amenities to mimic those in the corporate setting, such as a conference table, only with more style and personalization.

In lieu of restaurants, some of us fired up the kitchen range for the first time in a while, only to realize the whole room needed a menu of enhancements. Designers were busier than ever, and custom-kitchen experts such as L’Atelier Paris took on three times as many projects as normal last year, according to CEO Ricardo Moraes. Others moved the whole cheffing-and-dining operation outside. Instead of just a grill and a pizza oven, homeowners invested in sinks, refrigerators, dishwashers and just about every other appliance imaginable, as well as sleeker countertops and cabinetry. One of the smartest launches came from Swedish manufacturer Dometic, which debuted a thoughtful mobile bar dubbed MoBar.

“We have some clients who say they spend their lives outside now,” says Margie Lavender, a principal at architecture and interior-design firm Ike Kligerman Barkley. “Screened porches are in every house, and the outside kitchen has gotten much more of a focus.” Furniture brands took notice. A number of them tried their hand at outdoor-furniture design for the first time, such as Ethnicraft and Mitchell Gold + Bob Williams, capitalizing on newfound demand.

As we enter the post-pandemic world, where mindsets about working from home have shifted, many may be reluctant to leave their newly updated nests, and the impulse to optimize and refresh the home may be a hard one to shake. “People are committed to living well,” says Jamie Drake, cofounder of interior-design firm Drake/Anderson. “It isn’t so much about redoing but more about new beginnings.”