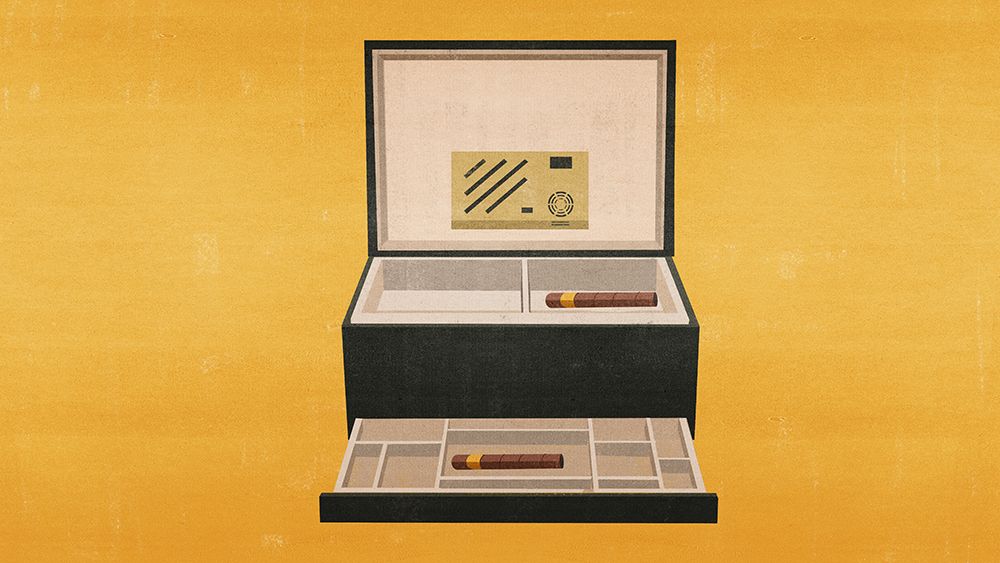 The cigar industry, like so many other businesses, has been completely transformed over the past two years—it’s also facing nearly unprecedented demand. At the beginning of 2020, tobacco stores and cigar lounges were forced to shutter nationwide, yet for many cigar enthusiasts that actually meant more opportunities to enjoy a smoke than ever before. Today, surging online sales, along with the reopening of established brick-and-mortar locations as pandemic restrictions loosen, have resulted in the greatest uptick in cigar purchases since the boom of the 1990s.

“When it comes to premium cigars, we saw a 25 percent increase in 2021 sales,” says David M. Ozgo, president of the Cigar Association of America, Inc. In that year, he says, “we imported 400 million cigars for the first time since 1997.” While Ozgo admits “it isn’t clear that there’s been an increase in the number of new cigar smokers,” he seems confident that all the extra downtime played a significant role. “With so many people working from home, without a commute, without getting dressed up, many cigar smokers suddenly found an extra two hours or more in their day,” he says. “A good cigar has always been a personal indulgence for many people. More people are simply taking the time to enjoy life’s pleasures.”

Yet the current rise in cigar consumption is not without its complications, with fewer workers in some factories due to the pandemic, which in turn has affected production. “Let’s not forget that premium cigars are hand-rolled,” Ozgo says. “That human element makes cigars special, but it also acts as a constraint. There’s a limit to the number of cigars anyone can produce in a day.”

Such unexpected demand has also created a shortage of certain tobaccos, such as high-grade Pennsylvania broadleaf wrapper and long-leaf fillers from Mexico and some Central American countries. This is more of a concern for boutique cigar manufacturers, which often outsource their tobaccos, than for major companies such as Altadis, General Cigar and Arturo Fuente, which grow much of their own. Still, the distribution snafus that have plagued other industries have also impacted the cigar marketplace.

“From a manufacturing standpoint, we had to manage longer lead times with vendors of non-tobacco materials, given that [shipping] containers are in short supply, freight costs have skyrocketed and shipping speeds are languishing,” says Sarah Santos, president of Scandinavian Tobacco Group and senior vice president for the brand’s North America online and retail division, which, in spite of those setbacks, plans to open another 20 to 25 “superstores” in the US over the next five years, joining the eight currently spread throughout Pennsylvania and Texas. “At the moment, the supply chain has generally stabilized; however, we are keeping our eye on broad inflation in the US, recent factory shutdowns in China and unrest in Eastern Europe.”

And yet, despite certain smaller brands feeling the pinch, the industry has done a remarkable job of meeting demand with supply—for the most part, the cigars are out there, including this year’s Best of the Best winners.