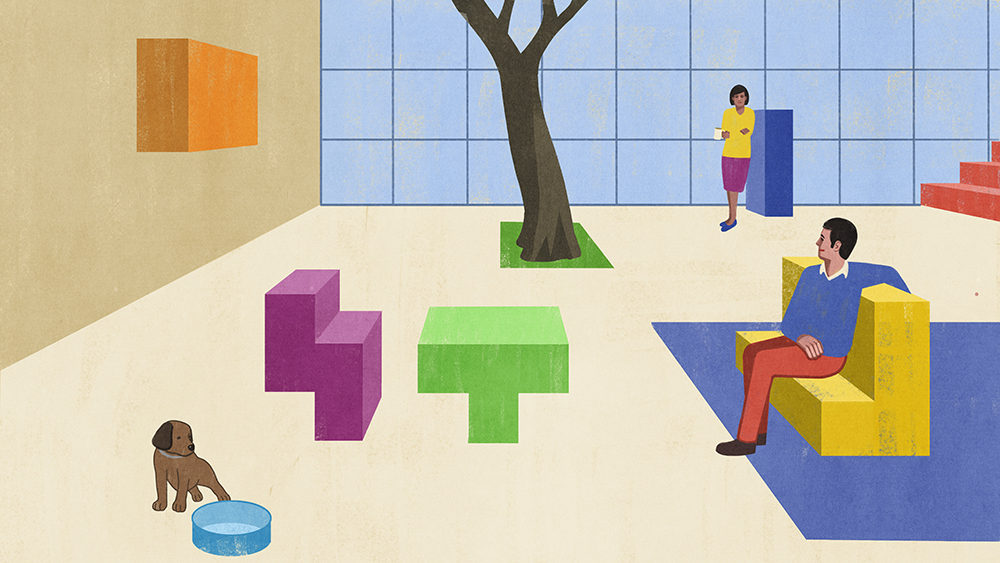 The Big Idea: The Meta-Design World Is Here

When architect Luis Fernandez was working on his first environment for the metaverse, a soaring, interactive gallery conceived to display NFT artworks, he kept running into a problem: None of the established platforms or available technology could make the room’s virtual gleaming marble, ivy-covered walls or central water feature look as photorealistic as he’d hoped.

Fernandez, who has also designed interiors and menswear, ultimately teamed up with two sophisticated platforms called Mona and MetaMundo, which helped him and his design team achieve the elevated, high-fidelity look he was after. The resulting space uses high-end materials and proportions that feel familiar but isn’t restricted by tedious things like gravity.

“You can play God a little bit,” Fernandez says. “Obviously there’s no physics. There’s no materiality. For me, keeping some semblance of the real world, but then playing and tricking the eye with certain things that you just can’t build [in real life], is the way that I’ve chosen to pursue it.”

Increasingly designers are using the metaverse and other future-looking technologies as a proving ground for their most ingenious ideas. And that’s not just because they offer exciting ways to push boundaries that handcraftsmanship cannot. In video games, the linchpin of the metaverse, cinematic environments are equally as important as heroic characters and gravity-defying gameplay. So younger designers who grew up playing The Sims or Minecraft are especially well primed to find innovations in virtual spaces that translate to the real world. And even if they haven’t logged hours playing games, many creatives in this field have already been using the technology that underpins these virtual worlds (computer-aided design, 3-D renderings and the like) for decades.

“Designers are usually by nature forward-thinking and open-minded—to design is to put something new into the world, and it’s always to some extent an experiment,” says Sarah Housley, the head of consumer technology at the trend-forecasting agency WGSN. “They can be curious people and open to experimenting with new technologies.”

Fortunately, we can enjoy the fruits of those experiments in the real world. This year’s Best of the Best design winners include furniture and objects that might have been unthinkable just a few years ago. Among them are the undulating curves of Roche Bobois’s 3-D-printed Corail dining table and Sara Hayat’s new modular sofas, which might make your living room resemble a supersized game of Tetris. Both blend uniquely human ideas and computer-controlled technology to stunning effect. That mix might shed some light on where the design world is headed.

“If I’m going to use a CNC mill, I want it to be cutting out shapes and forms that are otherwise impossible,” says Bradley L. Bowers, this year’s designer to watch, referring to computer-controlled machining tools that cut, shape and engrave wood, stone and metal in ways human hands cannot. “If I’m working with an artisan, I want to make a form that’s so intricately human that a robot would have a really hard time doing it.”