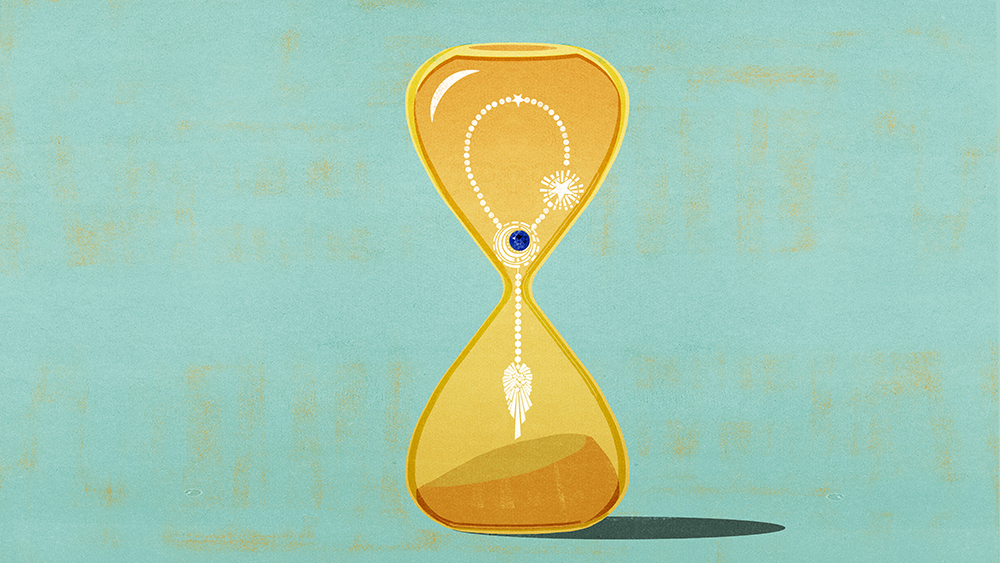 The Big Idea: Mining the Past

The practice of reworking old themes is a familiar concept at the world’s best jewelry houses, but this year designers revised the legacies and dynasties of kingdoms past for today’s increasingly relaxed but no less lavish aesthetic. Jewelers took hefty proportions and antique settings and modernized them, incorporating colorful gems for a fresh perspective and, in one case, using materials, borrowed from the ancient world, never before seen in high jewelry.

Both Boucheron and Santi by Krishna Choudhary delivered spectacular pieces inspired by the ornate jewelry of the maharajahs. Claire Choisne, Boucheron’s creative director, reimagined archival designs from the maison’s largest special order in its 164-year history, which was placed by the Maharajah of Patiala in 1928. Choisne contrived the appearance of lightness by designing the New Maharajahs collection using only white diamonds, rock crystal and pearls, save for a single masterpiece necklace executed with a splash of emeralds. The extravagant platinum parure is set with nine Colombian emeralds totaling almost 39 carats surrounded by white diamonds and rock crystal. Meanwhile, Choudhary, a 10th-generation jeweler whose family has been crafting showstoppers for Indian royalty for centuries, whipped up creations using motifs found in his ancestral trove of rare antique jewels at Royal Gems & Arts, his family’s business in Jaipur, India. Dual three-carat pear-shaped diamonds highlight a pair of titanium earrings fashioned in the shape of poppy flowers, for example, in a design modeled after the base of a 17th-century gold-and-enamel hookah.

While an air of levity at Boucheron and Santi offered a novel take on historically sumptuous jewels, Chanel opted for deep hues and serious weight in a singular 55.55-carat sapphire to accent its Allure Celeste necklace, derived from a diamond star brooch created for the house’s first foray into high jewelry, the 1932 Bijoux de Diamants collection. The heritage pieces were executed primarily in white diamonds, but 90 years later the sapphire is the attention-grabber of the anniversary lineup. Symbolizing the moon, it nestles in the collar of the necklace, encircled by a celestial swirl of diamonds. It’s joined by an 8.05-carat pear-shaped diamond in a sun motif along with a “comet” of smaller diamonds that shoots into the décolletage below. The concept is a deeply sexy and decadent proposition for a piece based on a relatively simple Art Deco brooch.

Other designers are relying on bygone eras not only as creative wellsprings but also for literal artifacts that can be used anew. A trip to Egypt yielded unprecedented material for Silvia Furmanovich’s earrings. Sourced from a dealer in the region, authentic century-old papyrus paper—popularized by the early 20th-century tourist trad—is set on wood, covered in a protective layer and then framed in 18-karat gold and topped off with lapis lazuli and diamonds.

Reaching back into the past to find original expressions for the present is a perennial exercise in design, but this year the spirit of jewelry’s history appeared to breathe new life into its modern disciples.