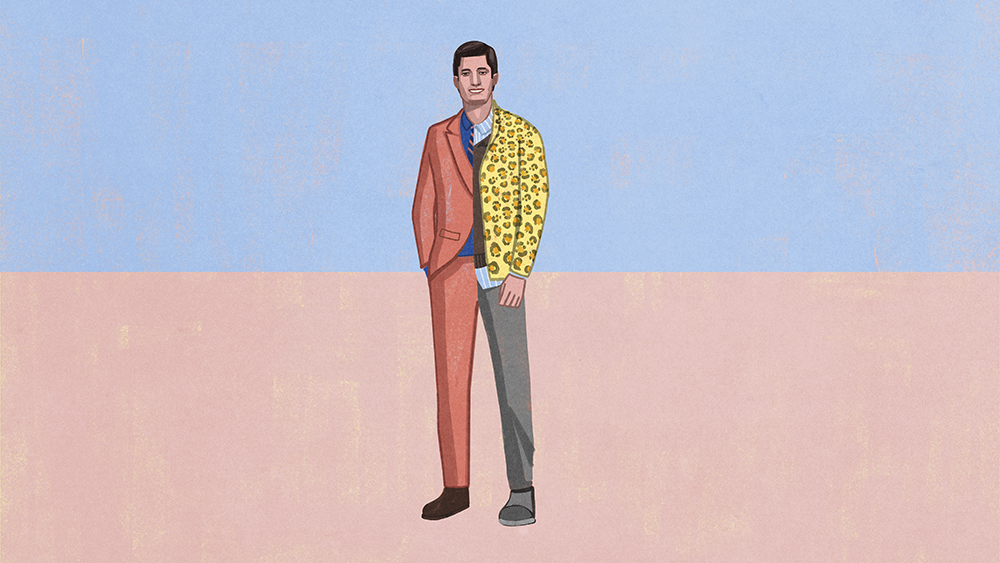 The Big Idea: A Tale of Two Wardrobes

Whether it’s the best of times or the worst of times is debatable; what’s certain is things are confusing on many levels right now. The past year was set to the tempo of the pandemic’s fits and starts: celebratory re-emergences followed by cautious retreats, promising news tempered with sobering reality checks. For many of us, this two-step extended to how we dressed, with our wardrobes toggling between WFH casual and back-at-it polish—often several times in the span of one week.

In fashion, the topsy-turvy-ness of it all has largely manifested in two contrasting schools—essentially, dual visions of what post-Covid life has in store. Will we come back swinging, ready to inaugurate the roaring 2020s a few years late? Or is it time to dial back the excesses, opting for restraint and a certain seriousness? Judging by the runways, both scenarios are possible.

The tug-of-war between minimalism and maximalism is nothing new, but this year that age-old dichotomy has taken on greater nuance. It’s less loud versus quiet and more reverence versus irreverence. Some have taken the Great Upheaval as an opportunity to walk on the wilder side, imbuing traditional styles with a frisson of subversion (see: Edward Sexton’s decidedly louche suits and Brioni’s opulent alternatives to staid black tie). Even Brunello Cucinelli, whose collections are typically a master class in tonal dressing, laced his latest designs with flashes of tangerine and fire-engine red. It may be a subtle statement, but that’s the point: You can buck convention in any number of ways.

Others have answered with a return to the classic pillars of menswear, pivoting from the laid-back sensibility that has dominated the past several years. Whether it’s John Lobb’s whole-cut oxfords or Finamore’s dress shirts, this camp makes a case for the enduring relevance—and elegance—of formal clothing, finely rendered without bells or whistles. While such understatement may sound underwhelming, simplicity can be striking; just look to Ralph Lauren’s mostly monochromatic fall lineup for proof.

These two outlooks emerged as the overarching trends, but if the past two years have taught us anything style-wise, it’s that anything goes. Consider the recent Oscars red carpet—there were still penguin suits aplenty (looking as smart as ever) but also guys in sequins, combat boots and, in Timothée Chalamet’s case, no shirt. The point is that finally you needn’t pick one lane or the other; today men have the luxury of playing to both sides of the sartorial spectrum (and Dior’s fall collection, combining sharp tailoring with luxed-up sweats and Birkenstocks, is a prime example of how the two can coexist in one ensemble). Whether you want to color outside the lines, hew to the tried-and-true or do both, style in 2022, ultimately, is about choosing your own adventure.