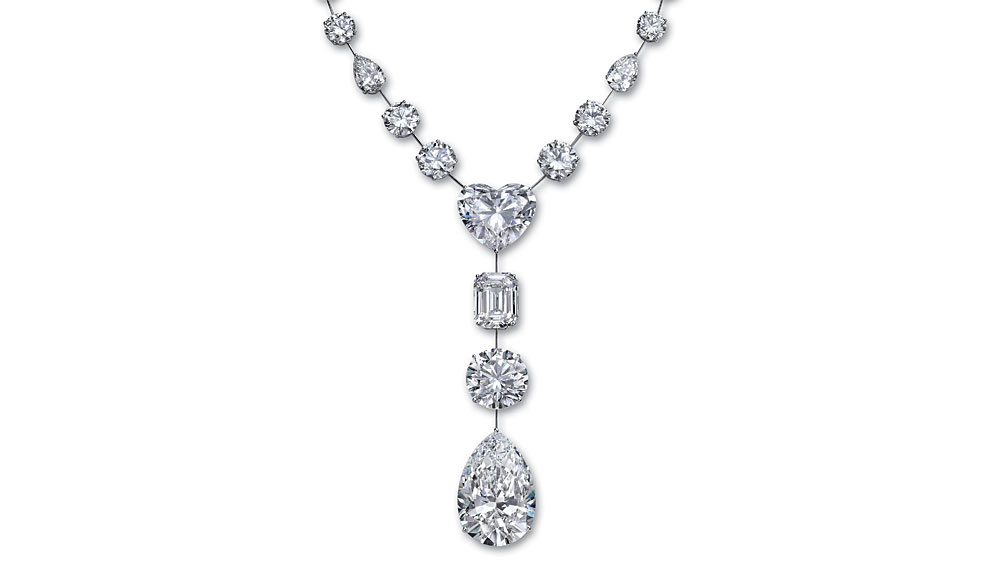 “I would rather have my money in rare diamonds than in stocks or a bank,” declares Henri Barguirdjian, president and CEO of Graff USA. He is reiterating the philosophy of the firm’s eponymous owner, Laurence Graff, who last year obtained some of the world’s most important and historic stones. Graff’s most prized purchase was the 300-year-old 35.56-carat grayish-blue Wittelsbach diamond once owned by King Philip IV of Spain, for which he paid a record-breaking $24.3 million at a Christie’s auction last December. Graff’s other significant acquisitions include the Letseng Legacy, a whopping 493-carat rough diamond of exceptional quality; a rare 2.26-carat red-purple diamond; and a 169.09 rough white diamond that Graff had cut and polished into an extraordinary 100-carat, D-flawless, pear-shaped stone dubbed the Flame.

“It has always been Mr. Graff’s strategy to be the foremost diamond merchant in the world,” says Barguirdjian. “On this level, there are few opportunities to buy exceptional stones, and he’s always ready to buy.” The purchases, says Barguirdjian, are proof of Graff’s great confidence not only in the value of these individual stones but also in the long-term prospects of the diamond trade. While diamond prices overall are down as much as 20 percent, according to industry sources, D-flawless diamonds and fancy colored diamonds continue to hold their value.

While one might expect individuals to liquidate their stones in today’s tumultuous economic environment, Barguirdjian says that this has not been the case. “The market is completely different than a year ago,” he explains. “People see important stones as a safe haven for their money. If a person sells a stone, what do they do with the cash now? Name something else that will hold its value like fine diamonds or, perhaps, fine art.”

In between bids and negotiations, Graff opened his new flagship American boutique on Madison Avenue last November after more than two years of planning. The three-level store, designed by architect Peter Marino, presents an extraordinary selection of diamonds and jewelry with prices starting at $15,000. Its VIP salon offers clients a drawing room–like retreat furnished with, among other things, a sofa, club chairs with fur pillows, and a large Vik Muniz portrait of Graff outlined in loose diamonds—a fitting depiction of the man often referred to as the King of Diamonds.