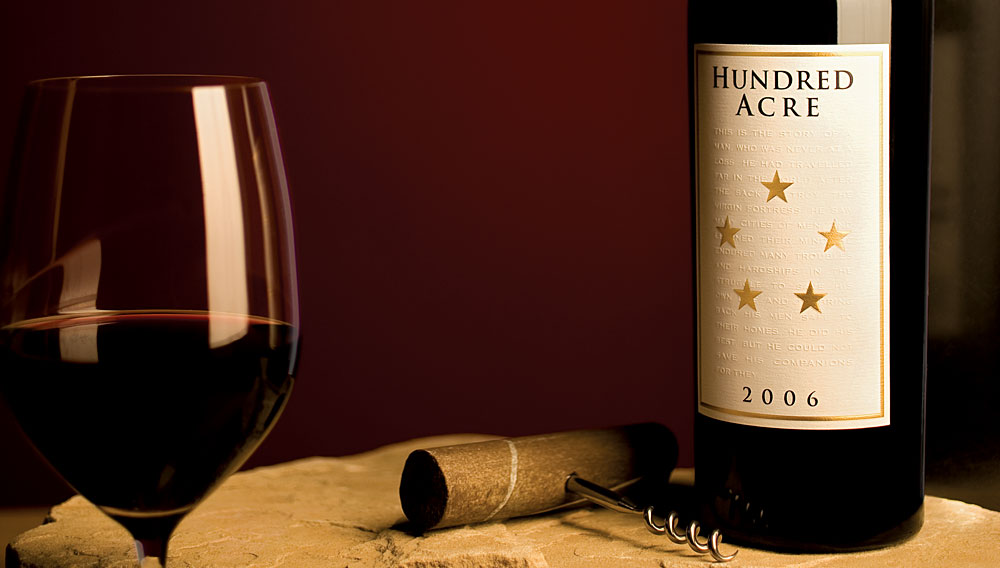 Every fine wine begins with an exceptional place—and so do some fine winemaking careers. When the Canadian-born investment banker Jayson Woodbridge began to visit the Napa Valley in the 1990s, he had no idea that his love for the area would ultimately reshape his life. “I really got quite homesick not being in the valley,” he says. “It has a presence to it that belies the place itself. It’s something more than just mere land. The way the light hangs in the sky—it has this energy that is greater than other places in the world.”

In 1998, while looking for property, he came across a slope above Beringer’s Chabot Vineyard that was for sale. The topography reminded him of an amphitheater: The hillside curved from east to west in a south-facing 180-degree arc. “I just said right there, ‘I’ve got to do this,’ ” Woodbridge recalls.

He hired prominent vineyard manager Jim Barbour, who had planted the Chabot Vineyard back in the mid-1970s, to rehabilitate his new property, which he renamed the ARK Vineyard. As work got under way, Woodbridge asked Barbour about purchasing another property he had been eyeing: the Kayli Morgan Vineyard, located at the base of Howell Mountain. Barbour, who had developed that vineyard as well, heartily approved. Woodbridge promptly bought that land and, with the assistance of winemaking consultant Philippe Melka, produced the inaugural vintage of Hundred Acre, a 2000 Kayli Morgan Vineyard Cabernet Sauvignon.

“I told Jim and Philippe right at the beginning that I wanted to take winemaking to a whole new level,” he says. “If we couldn’t achieve that, we weren’t going to be making wine that year. It was basically no compromise for Hundred Acre.”

Woodbridge’s exacting standards are manifest in the seductive charm of the 2006 Kayli Morgan Vineyard Cabernet Sauvignon ($750 per three-bottle case), which, like a familiar musical phrase you can’t quite place, gradually draws you in, absorbing your thoughts and engulfing your senses. Purple-black and darkly luscious, this full-bodied red has intense aromas and flavors—black raspberry, cassis, melted dark chocolate, and roasted coffee—that seem the embodiment of its maker’s own passionate obsession.

“I love the energy, the excitement of the potential that each new vintage has,” Woodbridge says. “To achieve it, you have to release yourself—let yourself go into the wine, where you’re kind of dreaming it in your head. With certain wines, you’re actually getting the heart and soul of the person who made it.”