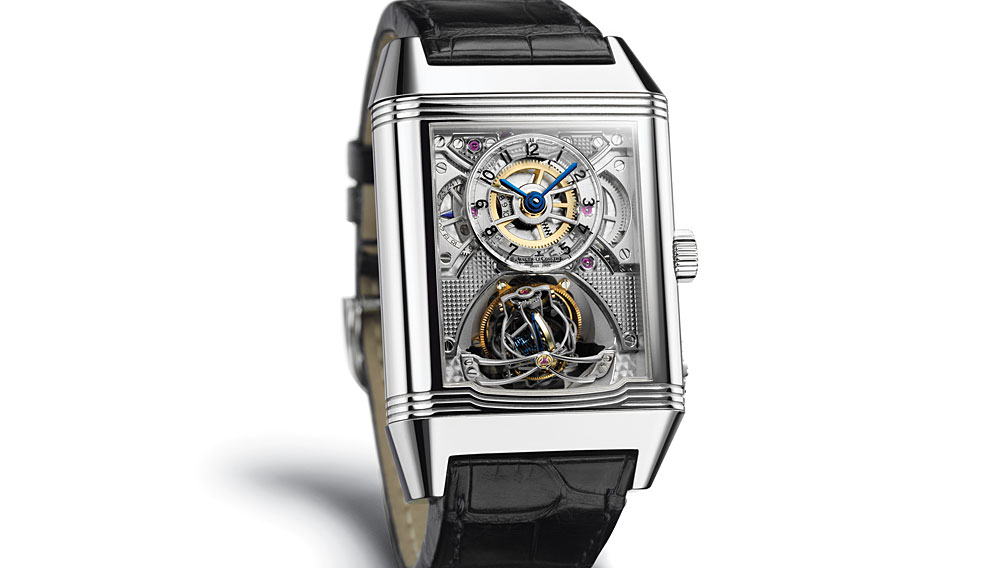 The Jaeger-LeCoultre Reverso Gyrotourbillon (310.734.0525, www.jaeger-lecoultre.com) is hardly a squared retread of 2004’s landmark multiaxis tourbillon. Rather, the timepiece is a bold model that cleverly employs a new kind of balance spring based on a design used in 19th-century marine chronometers—a design never used in wristwatches because of its large size. Jaeger-LeCoultre has accommodated this spring by placing it inside the Reverso Gyrotourbillon’s spherical cage, which stylishly enhances what is already the most visually captivating balance system in watchmaking. The company has further adorned the timepiece by placing specially cut sapphire crystals over the cage and the barrels.