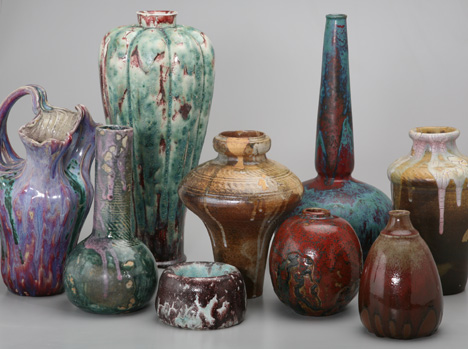 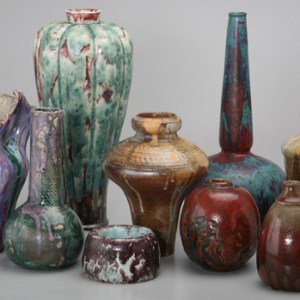 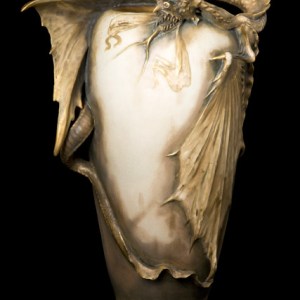 At his gallery’s stand at the European Fine Art Fair (TEFAF) in Maastricht, the Netherlands, in March, Jason Jacques (212.535.7500, www.jasonjacques.com) displayed several important Art Nouveau–era vases and vessels. Jacques sees these pieces as part of an intriguing ceramic media. He describes a particularly prized piece by 19th-century French architect Hector Guimard (who designed the Art Nouveau iron entrances of many Paris Métro stations) as “a little bit of coral growth, part alien invasion, some tendrils and vines—all with upwards of 30 different glazes rich in a microcrystalline structure.”

The 41-year-old, Chicago-born Jacques has been a scuba diver since age 13, and he took numerous trips to Central and South American jungles early in his life. Now based in Manhattan, he credits the vibrant colors of tropical fish and insects as the catalyst for his love of the rich amalgams found in turn-of-the-century ceramics. A prime example is a vase by Eduard Stellmacher for Amphora, which was exhibited at the 1900 Exposition Universelle in Paris and was recently snapped up by a private collector.