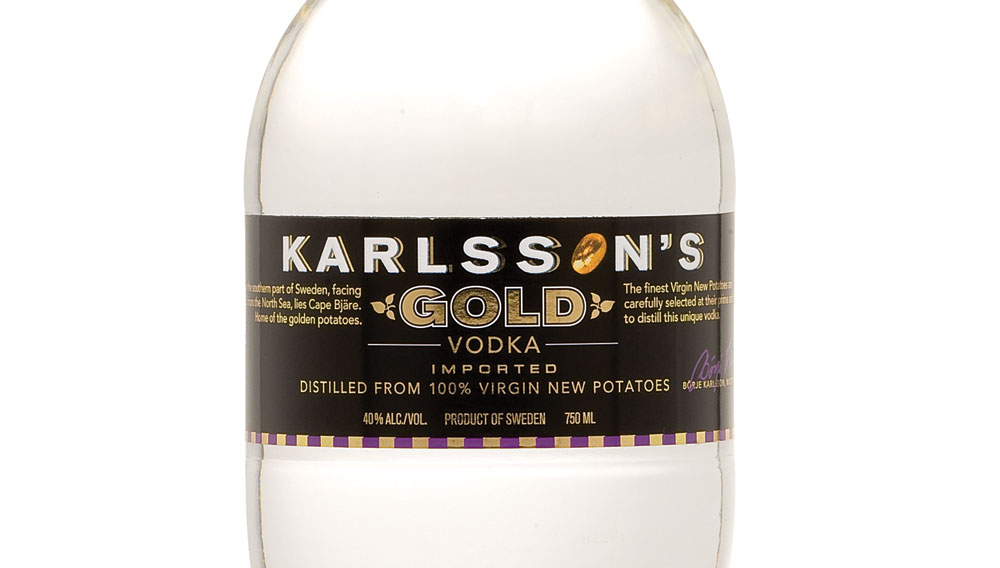 Idaho has nothing on Sweden when it comes to potato pride. In fact, it was not until 1980 that distillers in that country could legally produce vodka made from anything other than the spud. With the recent release of Karlsson’s Gold Vodka (www.karlssonsvodka.com, $40), master blender Börje Karlsson (who played a major role in the creation of the grain-based Absolut vodka) returns to his roots with a classic Swedish vodka made from seven potato varieties, all grown on Cape Bjäre (home of the golden potato) and harvested during the summer months, before they have an opportunity to develop skins. Unlike most of today’s vodkas, which typically undergo multiple distillations, this crystal-clear spirit is distilled only once. The result is a smooth, aromatic spirit that actually shows terroir and has a lush, silky mouthfeel that leads to a charming, vanilla-laced finish.