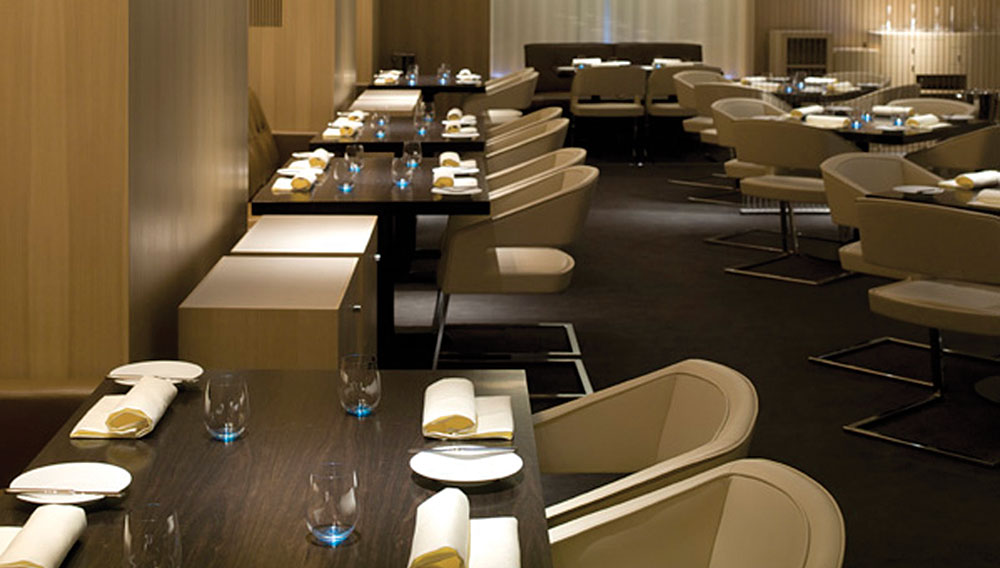 In American gastronomy, true revolutions are less common than minor revolts, but occasionally one flares up—as it did last spring in the kitchen of Chicago’s L2O (773.868.0002, www.l2orestaurant.com). Not since the opening of New York’s Le Bernardin two decades ago has a new restaurant done so much to change perceptions and concepts of seafood-based cuisine. Laurent Gras, the former chef de cuisine at Alain Ducasse’s restaurants in Paris and Monaco, has introduced a six-course “Tête à Tête” menu, with each course featuring a marriage of opposites—two seemingly disparate ingredients that, deftly combined, produce a harmonious flavor. While hamachi and foie gras, scallop and artichoke, and Arctic char and Cabernet Sauvignon may at first seem strange bedfellows, these artful if unusual parings, upon tasting, make exquisite sense.