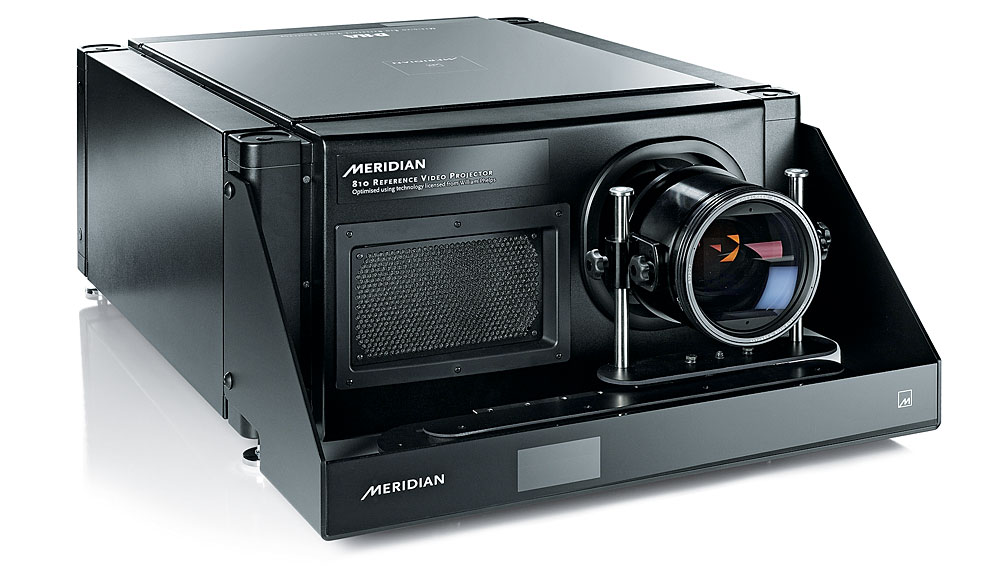 The picture delivered by the Meridian 810 Reference Video System is so clear and defined that even the most ardent devotees of celluloid may find it indistinguishable from that of a traditional film projector. Utilizing an advanced video scaler developed by Meridian and Marvell, the system actually boosts the resolution of any video format to the native 10-megapixel resolution of the 810 projector. The resulting picture places the 810 at the forefront of digital-projection technologies. “We wanted to re-create something that doesn’t look like a projected picture, but instead looks like something happening in real life,” says Roland Morcom, the director of business development at Meridian and the product manager for the 810.

Digital projectors, like the one in the 810 system, deliver pictures by creating and organizing an expansive grid of on-screen pictorial elements called pixels. This process, unfortunately, sacrifices the purity of the image, even in the case of the two-megapixel Blu-ray Disc, the highest resolution format currently available. Meridian’s 810 video system scaler compensates for this effect, creating a screen resolution five times as fine as a Blu-ray Disc’s.

The scaler also controls the system’s motorized anamorphic lens, which is able to move automatically in front of the main lens to accommodate any aspect ratio and eliminate the black bars often embedded in source materials. The main lens delivers an extremely high level of light output that is on a par with Hollywood standards, and can therefore fill a 24-foot film screen with no pixelization. In addition to the scaler, the 810 system employs an advanced calibration technology that orders pixels in a way that achieves superior contrast, uniformity, and color accuracy. This tedious calibration process—developed by noted video expert William Phelps—requires four days of hands-on labor in Meridian’s U.K. factory and contributes to the system’s $185,000 price. “There are 10 million pixels,” Morcom says. “If you think about it in simple terms, it takes a long time to get control of them all.”