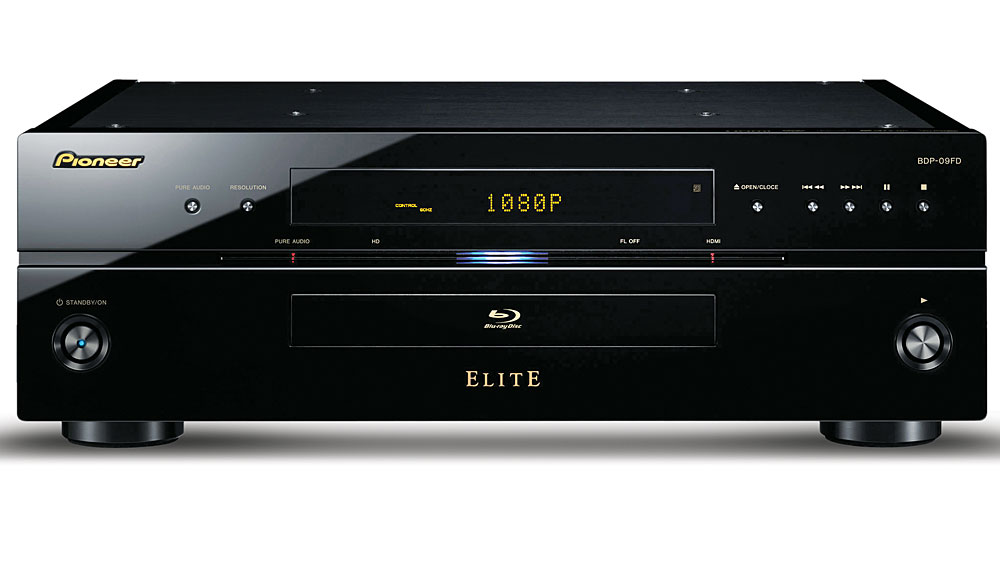 It seems odd that for the last five years, the best Blu-ray Disc player on the market has arguably been Sony’s PlayStation 3 gaming console. However, for those who would rather watch movies on something other than their child’s Christmas present, Pioneer now offers a dedicated Blu-ray Disc player that bests the PS3. Since its debut last September, the Pioneer Elite BDP-09FD Flagship Blu-ray Disc Player (800.746.6337, www.pioneerelectronics.com) has received wide industry praise for its impressive functionality. In constructing this model, Pioneer uses more than 30 pounds of the highest-grade materials available, which enable it to minimize electrical interference and maximize the playback quality of CDs, DVDs, and Blu-ray Discs. Three integrated video-processing chips allow for up-conversion to 16-bit image quality, limitless picture control, and a potential color gamut that is second to none. Gold-plated 7.1-channel audio outputs, each equipped with its own analog-to-digital converter, eliminate the need for an external receiver.