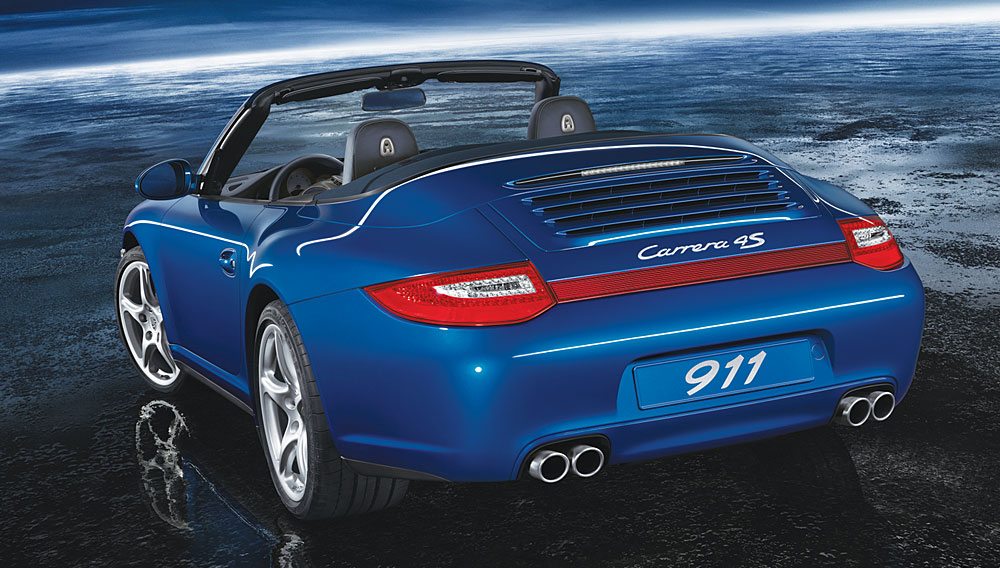 The 2009 Porsche 911 Carrera 4S Cabriolet (www.porsche.com) abounds with performance-centric upgrades. The most innovative feature is Porsche’s new 7-speed automated manual gearbox, which utilizes two clutches to produce lightning-fast shift times and better fuel efficiency. Called the Porsche Doppelkupplung, or PDK, the transmission replaces the antiquated Tiptronic S system and is paired to a 3.8-liter, 6-cylinder engine. The engine is equipped with a direct-fuel-injection system that helps boost output to 385 hp and 310 ft lbs of torque, compared to the 355 hp and 295 ft lbs of last year’s model.

The Carrera 4S, which starts at $94,150, is the best-handling car in our convertible category. It has the same all-wheel-drive system as the Porsche 911 Turbo, and it shares most of its structure with the Carrera 4S coupe (and weighs only 187 pounds more). The cabriolet has a ragtop that retracts in less than 20 seconds, and the car itself reaches 60 mph in 4.7 seconds on the way to a track-rated top speed of 185 mph.