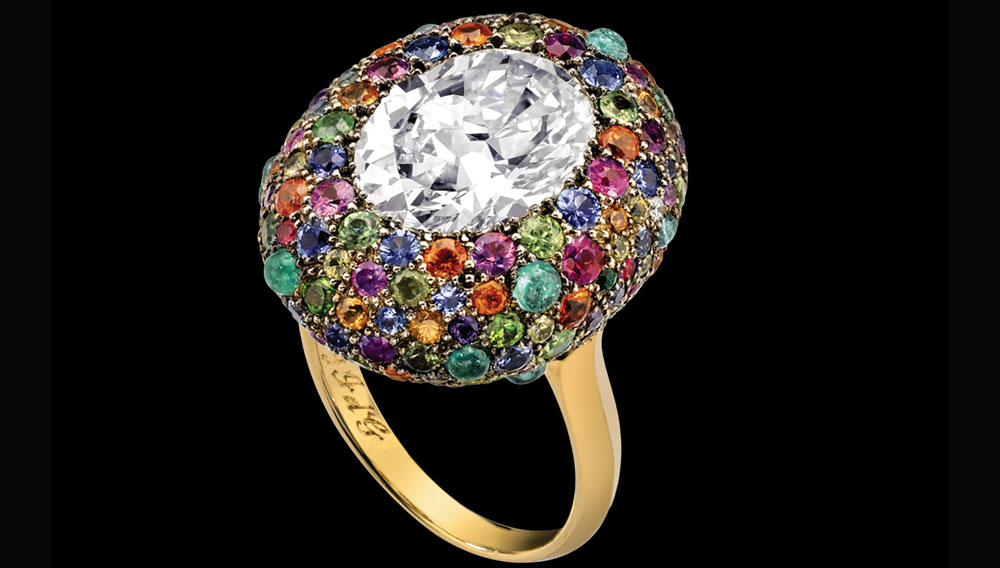 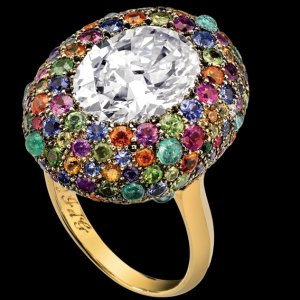 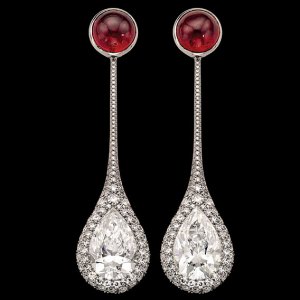 When James de Givenchy was named creative director for Sotheby’s Diamonds last June, he was given free rein to forge innovative designs using a cache of exceptional stones. “Nobody has dared to drastically change how an important diamond is set in jewelry for the past 50 years,” says the 45-year-old designer, who is a nephew of the fashion visionary Hubert de Givenchy. The last true design evolution, in his view, took place in the 1950s when Harry Winston presented large, significant stones in simple pronged settings. Givenchy’s concepts, however, place impressive diamonds and gemstones in striking, contemporary designs.

Givenchy’s unorthodox pieces have their beginnings in his New York workshop, where, like a medieval alchemist, he spends countless hours transforming the prosaic into settings for the priceless by heating old gun metal and stainless steel to achieve different colorations. When not conducting metallurgical experiments, he consults with a team of craftsmen engaged in the meticulous construction of his minimalist designs. The resulting pieces give new life to classically cut gemstones. Two stunning cabochon spinels were combined with diamonds, for instance, to create a pair of simple spoon-shaped earrings, while a 5.08-carat emerald-cut diamond was set inventively in a platinum ring so minutely encrusted with tiny diamonds that almost no metal remains visible from above. “That ring design reminds me of the little black dress my uncle designed for Audrey Hepburn,” he says. “It’s a simplistic design that is all about form and proportion.”

Unlike the designs in his well-established and colorfully whimsical Taffin collection, the clean yet sophisticated alloy forms Givenchy has crafted for Sotheby’s Diamonds echo the aesthetic of the Bauhaus movement. He favors the use of steel in some designs for its durability and dark color, but he also appreciates the visual impact of juxtaposing this common metal with diamonds and precious gemstones.

It was the international success of Givenchy’s first collection for Sotheby’s Diamonds three years ago that prompted the auction house last summer to retain him as creative director. In this role, he continues to refine the distinctive image of Sotheby’s jewelry. “Most women have the classic diamond studs and solitaire ring,” says the designer. “I’m giving them a reason to take a second look at diamonds and to see them in the context of art and design.”