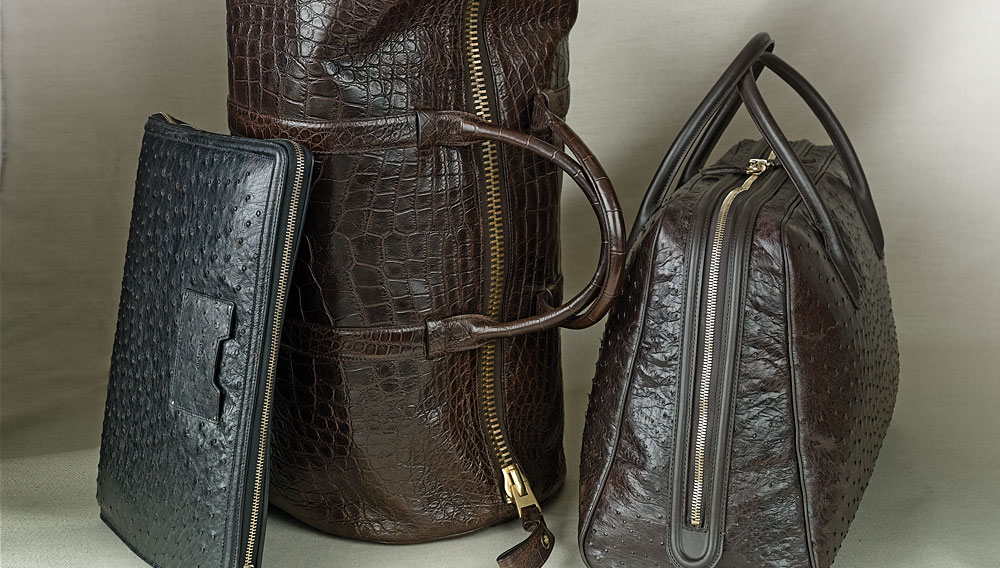 When Tom Ford launched his namesake collection two years ago, most coverage of the story focused on the cut of his suits and the shape of his sportswear. Less attention was paid to his leather goods, even though Ford had restored Gucci to its former glory eight years earlier by concentrating first on the leather accessories—the items that had initially made the brand famous. For his own label’s accessories, Ford works primarily with small, independent leather ateliers known for their meticulous handwork. These shops produce for Ford leather goods that display the same attention to detail found in his suits.

Ford’s bags, briefcases, belts, and other accessories all incorporate the elements that define superior leather goods. The craftsmen start with the choicest materials—blemish-free calfskin, crocodile, alligator, ostrich, and lizard—which they slice razor-thin so that the material is incredibly light. Next they cut the skins and then sew the individual pieces together; all of this is done by hand. Fine leathers are used for both the exterior and the interior of the company’s belts, billfolds, credit-card holders, and document cases. Many of Ford’s carry-ons, duffels, and totes display his signature double-T closures and oversize gold-plated zippers and side handles. The latter two design elements are added as much for convenience as for appearance.

Nearly all of Ford’s leather goods can be customized or completely made to order. And most are available with a monogram of your initials—in your choice of color and size—which can be set alongside the designer’s own signature.