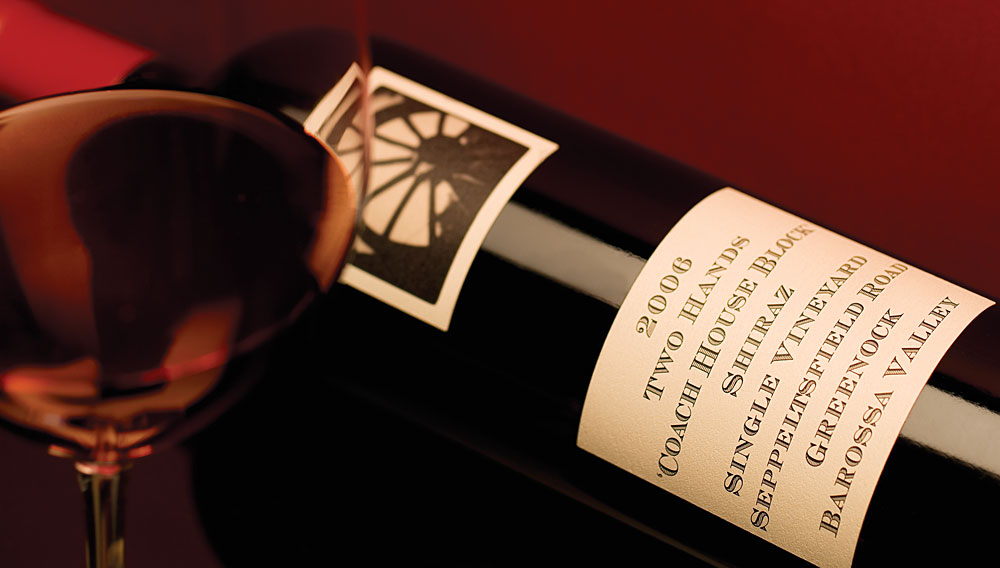 Businessmen Michael Twelftree and Richard Mintz formed Two Hands just a decade ago, but in that relatively short time, this producer has emerged as one of the most respected in Australia. The label’s original objective was to source the best fruit from various Shiraz-growing areas throughout Australia; but in recent vintages, other varietals have made their way into bottles bearing the Two Hands name.

The Barossa-based operation has gained significant recognition within the winemaking community and received numerous awards. However, despite these encomiums, Twelftree modestly describes his job as doing nothing more than “squeezing grapes and putting them in a bottle.” If so, he and his team perform these tasks with great care and artistry at every stage from the vineyard to the winery, where each parcel of fruit, no matter how small, is vinified and aged separately. The results speak for themselves.

Matt Wenk—a graduate of Roseworthy College’s prestigious School of Oenology—is Two Hands’ winemaker, along with Michael Twelftree. In refreshing contrast to the practices of many other Australian winemakers, Wenk uses oak in a supporting rather than a starring role—an approach that allows the purity of the fruit to shine through. Indeed, these are among the most exciting wines now coming up from Down Under.

The Coach House Block ($120) release stood apart from the other very fine bottlings by virtue of its power, excitement, and polish. It comes from a small single vineyard in the Greenock subregion of the Barossa Valley. Velvety on the palate yet packed with explosive plum, blackberry, and spice, the wine combines lovely texture and bright acidity. Seamlessly exquisite and long on the finish, this Shiraz exudes a level of style and finesse most other Aussie operations can only dream about.