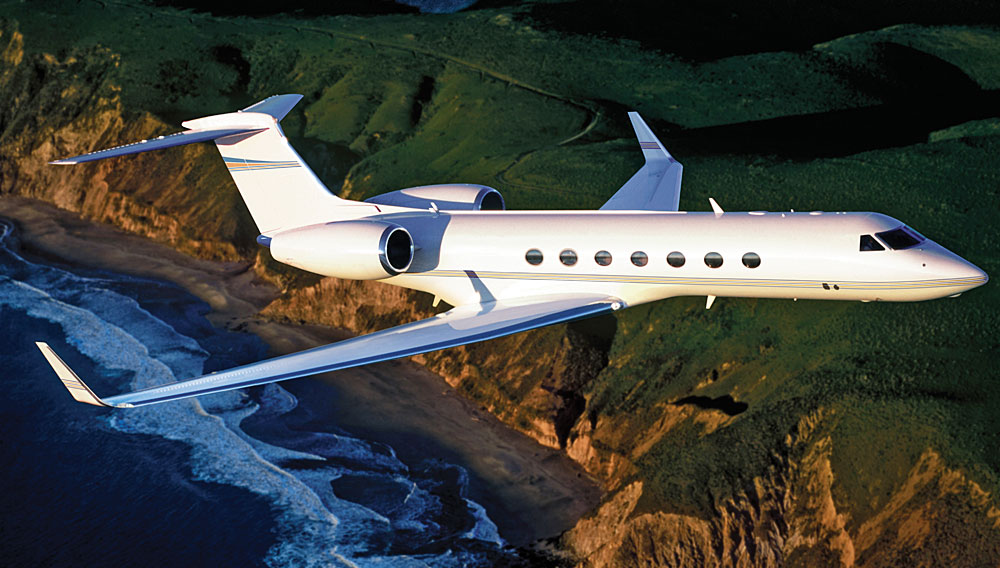 Gulfstream created the niche market for ultralong-range business jets more than 17 years ago when it introduced the GV. Today the company still dominates this segment, with the G550, a big, powerful aircraft that enjoys a reputation for rock-solid reliability. In fact, the G550’s spaciousness and cutting-edge technology have inspired an almost cultlike following. Its wide, sweeping wingspan and beefy Rolls-Royce engines give it a powerful look, even as it sits on a ramp. In the sky, the engines enable it to jump over oceans effortlessly, fully loaded with passengers and crew.

Gulfstream won the coveted Robert J. Collier Trophy for the GV in 1997; in 2003 the company captured the prize for the G550. The judges praised its high-tech cockpit gear, including a head-up synthetic-vision display that uses an infrared camera to help the pilots see the runway at night or through fog and rain. They were also impressed with the G550’s range—at more than 7,700 miles, the longest in its class. In fact, Gulfstream engineers designed the $50 million jet with long flights in mind. Not too long after launching the G550, the company flew its new jet around the world in just over 41 flight hours, making only four stops along the way—just to prove it could.