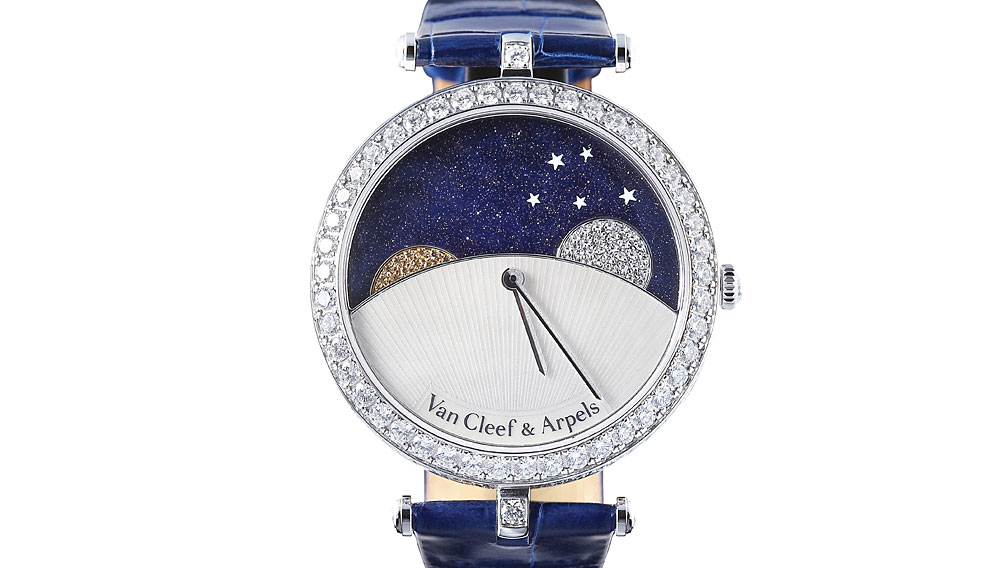 The Van Cleef & Arpels Jour/Nuit (212.644.9500, www.vancleef-arpels.com) does not display hours and minutes in a conventional way. Rather, its dial—a rotating disk surfaced in aventurine—depicts a sun in yellow sapphires resting opposite a moon and night sky in diamonds. The disk makes a complete rotation every 24 hours, thereby approximating the passage of day and night. “Our object,” says Nicolas Bos, creative director of Van Cleef & Arpels, “is not precision or accuracy, but to tell time in a new way.” The $70,500 Jour/Nuit is similar in spirit to the Four Seasons Centenary launched in 2006; that watch’s dial makes a complete rotation in one year. According to Bos, increasing the rotational speed of a disk that is substantially heavier than the norm required technical expertise and some determination. The end result of this effort is a piece of art that is both adornment and timepiece. “Movement comes so naturally in watches,” he says. “Creating it in jewelry, however, requires ingenuity and hard work.”