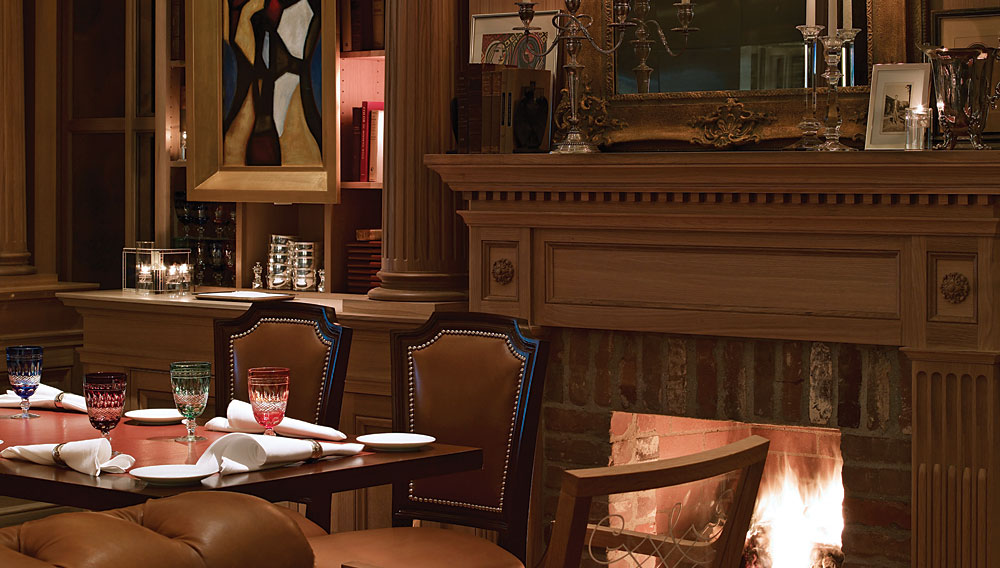 Since 2004, when Michael Mina unveiled his namesake restaurant in San Francisco, the Egyptian-born chef has opened another 12 establishments. One of the latest—XIV (323.656.1414, www.xivla.com), which opened late last year in Los Angeles—departs from the tasting menu of trios on which Mina built his reputation: Rather than present a single primary ingredient (such as pork or duck) prepared three different ways, as he has done at his other restaurants, Mina instead designed a menu for XIV that encourages what he calls “social dining,” which combines the communal charms of family dining (everyone orders the same thing) with the more elegant presentation of tapas (individual portions are served on beautifully arranged smaller plates). Each table as a group assembles a tasting menu from a seasonal master menu of 35 dishes that might include caviar parfait or A5 Kobe beef served with chanterelles. (For those vegetarians in the group, XIV also offers a vegetarian menu that mirrors the standard selections.) Diners who want more than several small bites of different items can opt to order from the recently introduced à la carte menu, which features such Mina specialties as lobster pot pie and the Kobe burger.