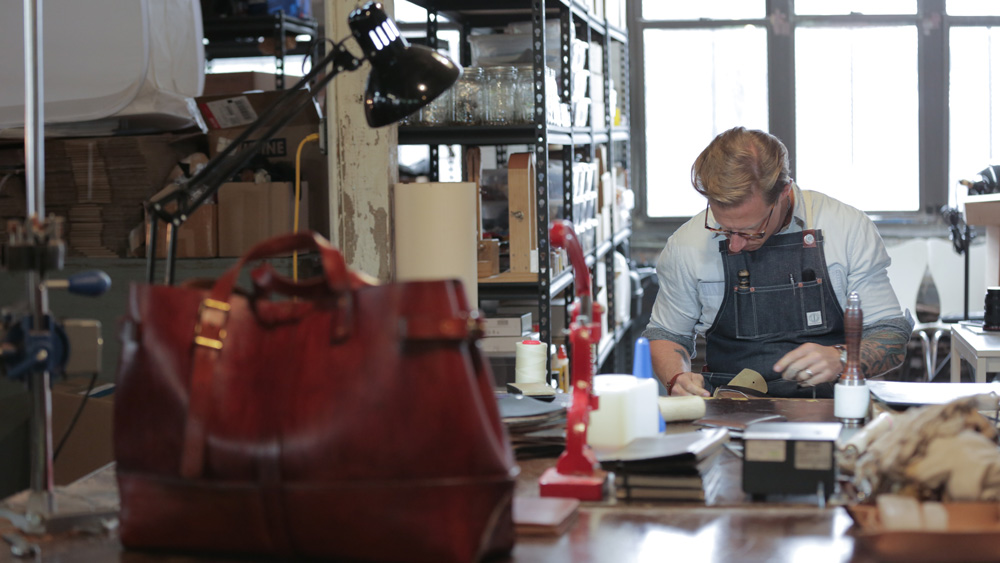 When it comes to sartorial heritage, European brands—from tailors that have held their posts on Savile Row for hundreds of years to French couture houses with histories that stretch back centuries—are often the first that come to mind. But the heritage of luxury fashion production (not just consumption) also has roots on American soil, as brands like Brooks Brothers, which just celebrated its 200th anniversary, attest.

Leather working also has deep ties to American history. And while the following four brands can’t boast hundreds of years’ worth of history, they do carry on the rich traditions pioneered by wild-west ranchers and the New England upper crust—reinterpreting them for the thoroughly modern man.

Founded after his now-wife gifted him a set of leather tools, Frank Clegg has been producing fine leather goods under his eponymous brand since 1970. Today, the Massachusetts-based label has earned loyal fans—former President Barak Obama among them (he carried a Frank Clegg briefcase during his time in office)—with its commitment to high-quality, hand-crafted leather pieces. Designed to only get better with age, pieces like the luxe American alligator duffle ($12,500) are meant to be passed from generation to the next after they leave the Fall River workshop.

Leading the pack of young brands dedicated to preserving American artisan heritage, Lotuff’s classic men’s bags put the work of its Providence, Rhode Island–based craftsmen and women on full display. Though the rich royal blue backpacks and vibrant wallets speak to the brand’s artist’s studio-like approach, stick with a classic style like the roomy day satchel ($1,600) for something that you’ll be able to take with you no matter what you are wearing or where you are going.

Inspired by quirky Dutch styles while traveling through Amsterdam, Noah Waxman spent a decade learning the craft of traditional shoemaking from European masters in Utrecht. He returned to the U.S. to launch his eponymous line in 2013, and his combination of sporty American aesthetics and traditional training proved to be an instant hit. Though he does still produce some of his styles in Europe, the brand’s Handmade in the USA collection features chukka boots in rich green and red-wine leathers and the rugged Van Dam hiker boot ($650 each).

Dana Glaser founded Slightly Alabama five years ago as a way to combine desire to work with his hands instilled by his northern Alabama upbringing and the need to find an outlet for his creativity. Now based in New York City, Glaser creates vintage-inspired styles like the minimalist Draftsman’s Case ($695) and the slouchy Field Bag duffle ($1,500) completely by hand from richly patinaed leathers. The brand employs time-tested techniques like saddle stitching and sponsors an apprentice program to ensure that its bags, along with the traditions of leatherworking, endure for generations.