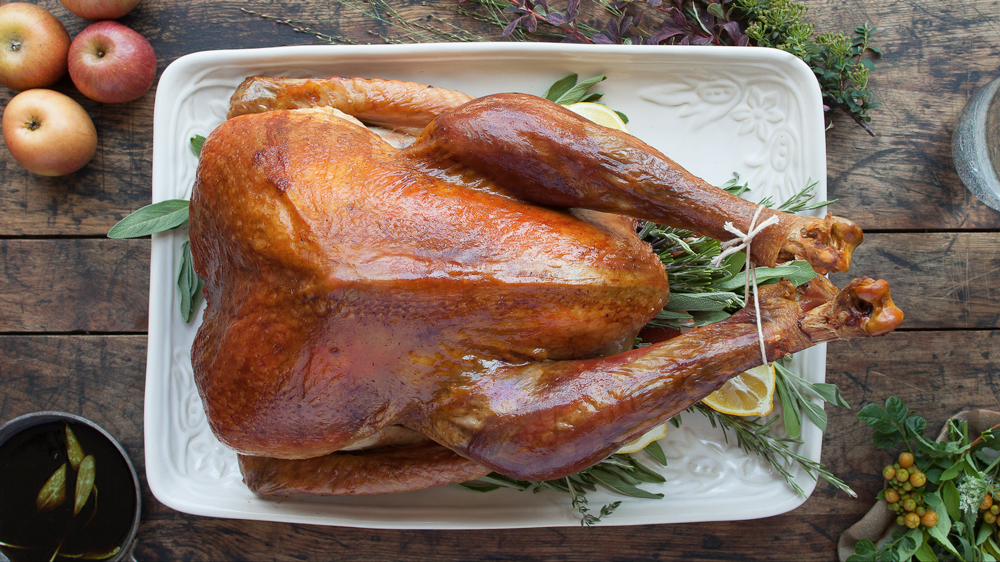 Frank Reese may be known to the world as a poultry farmer, but he’s truly a turkey evangelist. For four generations his family has been raising the centerpiece of Thanksgiving dinner in Kansas, starting when his great grandmother was gifted bronze breed eggs for a wedding present. “They came from a farm in Pennsylvania considered to have the finest bronze turkeys in America,” Reese says. “They paid $5 per egg [$111 in 2020 money], they hatched and that’s the foundation of what we have now.”

Breeds like bronzes, Narragansetts, bourbon reds, and black turkeys were common back then. But with the advent of factory farming creating genetically mutated turkeys cheap and quick for the table, those heritage breeds have faded away. As one of the last people to breed them, Reese is on a mission to keep non-factory farmed turkeys alive and available for people to eat.

On his Good Shepherd Ranch, Reese tends to the country’s oldest flock of pure, standard-bred poultry, and fortunately for him, his birds are getting more and more popular. “We can’t keep up with demand. I have 3,000 turkeys on my farm and another 2,000 I’ve hatched that are being raised by other farmers,” Reese says. “But it’s a tough, rough, time-consuming business. You can’t have another life and do this. But I want to keep these birds alive and teach the next generation. Because once they’re gone, they’re gone forever.”

As Thanksgiving approaches, we wanted to better understand what heritage turkeys actually are, why they cost more, and how they taste different than supermarket birds. He told us the five things everyone needs to know as they get ready to buy their Thanksgiving turkey.

Frank Reese and his birds.  Photo: courtesy of Jim Richardson

What is a heritage breed turkey?

“I kind of hate the word “heritage” but we’re stuck with it. The real name of these turkeys and what they’ve been called for the last 150 years is Standard Bred. Domesticated turkeys have been around for a couple thousand years. It’s a turkey capable of reproducing itself and still has all the natural behavioral patterns.

“Even if you buy a turkey that’s supposedly organic and free-range and all that stuff, the parents of those turkeys are still in horrible conditions. In fact, in the production of turkeys today, a male turkey never sees a female turkey in its entire life. All turkeys sold at grocery stores are manmade, dead-end animals. They cannot reproduce themselves. They’re only here because of a factory farm and man’s intervention. It makes no difference if they’re organic, free-range, all-natural, or whatever you want to call it. So even if you’re buying from a local farmer who says the bird runs around in a pasture, 90 percent of those farmers are still buying them from the same place Butterball does. They’re still artificial turkeys made through artificial insemination. They have been genetically engineered to grow faster. We’ve gotten terribly far from the natural, normal animal.”

Why heritage turkeys are more expensive than supermarket birds.

“Industrial turkeys can get up to 40 lbs. in 19 weeks. They’ve literally destroyed the pituitary gland in the brain that tells the animal, “You’re full, quit eating.” So the industrial turkey never stops eating. My turkeys don’t suffer from the morbid obesity gene mutation. My tom turkeys will get up to 24 lbs live weight in 24 weeks. It takes longer for them to grow.

“Part of the reason they cost so much also is because of infrastructure. I pay two- to three-times more for processing, and five- to ten-times more for transportation. It’s hard for an independent farmer to survive. We live in a country where the people make the plastic bags that you put the turkeys in make more money than the farm who raises them.”

It’s the chance to experience how turkeys should really taste.

“There are multiple things that change the flavor of the meat. One of them is the genetics that you choose to raise, and another is the animal’s access to exercise, in fact, a lot of my turkeys sleep in trees at night. That animal’s ability to maneuver and move changes them on a cellular level. That comes from genetics. The closer you get to its original ancestry, the better the meat is going to be in flavor, texture, aroma. If you have a factory turkey that can barely walk and is growing faster than normal, many of the nutritional things that happen in the muscle don’t happen. They’re not getting oxygen, they’re not getting mobility, they’re struggling to stay alive.

“My turkeys are going to be deeper in color. The whiter the meat, the poorer the nutrition, because oxygen wasn’t getting to the muscle. With my turkeys you get deep, rich, heavy flavor of dark meat and I talk to a lot of people who never liked dark meat until they ate my turkeys. It’s dark because the animal can run, jump, and fly.”

Is there a special way to prepare a heritage turkey?

“There’s not much difference in roasting temperature from the modern turkey, the temperature in the thigh should reach 165. But my old toms put on a huge amount of fat and your roasting pan will fill up. That’s where all the flavor is. We don’t inject them or put any added flavoring. I’ve been to a processing plant for supermarket turkeys and what they do is inject them. The turkey goes under a hood and about 500 tiny needles inject them with salt water to “pre-baste” them. We tell people you can brine our birds if they want, but they don’t need all sorts of flavors injected to make it taste like something. You just need to roast it.”

Where you can buy Reese’s turkeys.

“Patrick Martins at Heritage Foods has stood up and said, “Nope, we can’t let these breeds die.” [Good Shepherd turkeys are available on Heritage Foods’ site ranging from 8 to 22 lbs and will be delivered in time for Thanksgiving.] Whenever someone buys one of my turkeys and pays those prices, I just want to thank them so much.”