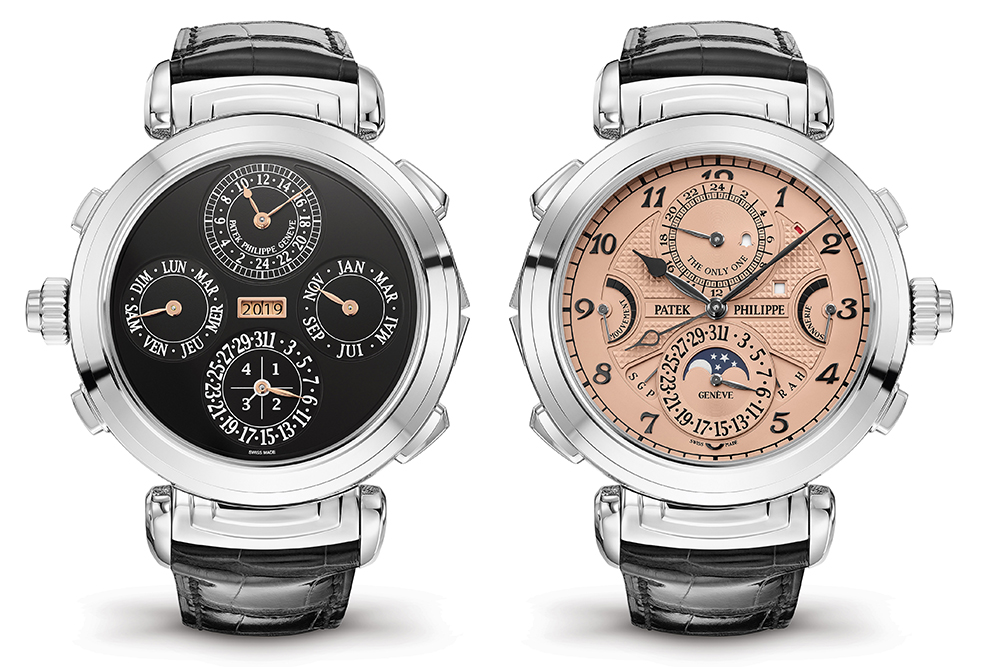 Study the past two decades of wristwatch auction records and one essential fact about the high-end timepiece market will soon become clear: It is a hegemony. So much so that the dominant power hardly needs to be stated. Anyone with a passing familiarity with luxury watches knows it already.

We are of course talking about Patek Philippe, the family-owned, Geneva-based brand whose timepieces have ruled the secondary market since the mechanical watchmaking renaissance began in the late 1980s. In fact, many scholars date the beginning of the renaissance to 1989, the year that Patek Philippe introduced the Calibre 89, a pocket watch commemorating the firm’s 150th anniversary.

But it wasn’t until the 21st century that Patek’s wristwatches regularly began to fetch more than $2 million at auction. In that same time period, Rolex, another Geneva maker, ascended the auction ranks, proving that steel sport watches with provenance to spare are worth millions to collectors (make that $17.8 million—see item no. 2 for details).

Below you’ll find the top 10 wristwatches sold at auction since the year 2000—a decade of lots divided almost evenly between two auctioneers, Christie’s and Phillips. We deliberately excluded pocket watches and limited the selection to single timepieces (otherwise, a number of Sotheby’s sales—from Patek Philippe’s Henry Graves Jr. Supercomplication pocket watch, which sold in Geneva in 2014 for $23,983,140, to the collection of 64 Swatch watches sold in Hong Kong in 2015 for $6,021,720—would have made the cut.)

The list begins with the least expensive model and culminates with the priciest. It’s worth noting that the top five sales occurred within the past three years and the top sale—i.e., the most expensive wristwatch in the world—sold just last month. If that’s not a clear indication that the 2020s are bound to see more horological fireworks at auction, we don’t know what is!

The Rolex Ref. 6265 “The Unicorn” Cosmograph Daytona is a unique 18k white gold chronograph wristwatch with black dial and bark finished bracelet, circa 1970. Elusive doesn’t begin to describe this mythical white gold reference, which resided in Rolex specialist John Goldberger’s collection before he gave it up for charity. Sold at Phillips’ “Daytona Ultimatum” Geneva auction in May 2018 for $5,936,906.

Patek Philippe uses titanium on the rarest of occasions. Case in point: This Ref. 5208 triple complication wristwatch, featuring a minute repeater, a monopusher chronograph, and an instantaneous perpetual calendar, created for the 7th Only Watch auction, a biennial charity sale with proceeds benefitting the Monaco Association against Duchenne Muscular Dystrophy. Not only is this the first and only titanium version of the Ref. 5208, the piece also boasts another distinction: With caliber R CH 27 PS QI, it marks the first time that Patek Philippe reworked a movement for a special edition. Sold at Christie’s Geneva in November 2017 for $6,200,000.

To the chagrin of watch lovers around the world, Patek Philippe discontinued in early 2021 its coveted Ref. 5711, the steel Nautilus with the blue-black dial. The brand introduced a “victory lap” edition with a green dial in April of that year, but it saved the best surprise for December, when it introduced a limited edition Ref. 5711 with a Tiffany-signed dial in the retailer’s signature robin’s egg blue. The piece sold at Phillips New York later that month for $6,503,500, including the buyer’s premium. The winning bidder, however, was not able to complete the purchase, and it ended up going to the underbidder, who paid a total of $6,201,000. Phillips donated the difference of $302,500 from the original price to The Nature Conservancy.

Patek Philippe’s steel Ref. 5016A is a triple-threat. The grand complication is equipped with the three functions most highly prized by collectors of complications: the tourbillon, the minute repeater and the perpetual calendar with moon-phase display. Endowed with 506 parts, the timepiece even includes a retrograde date hand on the perpetual calendar, which flies back to the 1st of the month once it’s reached the 28th, 29th, 30th or 31st, an ingenuous display of technical complexity housed in an elegant 36.8 mm case distinguished by the Geneva brand’s painstaking hand-finishing. It sold at Phillips Geneva in November 2015 for $7,259,347.

The horological superlatives associated with this 1953 reference paint quite the picture: “previously unknown,” “first of its kind,” “extremely important.” It is, however, the actual picture depicted on the cloisonné enamel dial—a colorful map of Eurasia—that places this rare and attractive yellow gold world time wristwatch with two crowns in a watchmaking league of its own. It sold at Phillips Geneva in May 2021 for $7,819,051.

A unique 18k pink gold two-crown world time wristwatch with 24-hour indication and double-signed blue enamel dial, the Patek Philippe Ref. 2523 was manufactured in 1953. Described by Christie’s as “breathtakingly rare,” the watch is the only known reference 2523 to feature both Patek Philippe’s signature and that of the prestigious Milan retailer Gobbi. Sold at Christie’s Hong Kong in November 2019 for $9,008,856.

Historical provenance meets exceptional rarity in this warm and elegant “pink on pink” Ref. 1518 once owned by Prince Tewfik Adil “T.A.” Toussoun of Egypt. The royal-turned-academic purchased the watch in 1951 and it remained in his possession, mostly in a safety deposit box, for his entire life. To discover a 1518 in pink gold is rare; to find it with a copper pink dial even rarer. Remarkably well-preserved, virtually unpolished and entirely original, the piece is something of a time machine transporting you back to the day it left the Patek Philippe factory. It was sold complete with its original certificate of origin, operating instructions and box. “Taking all factors into consideration,” according to a description on the Sotheby’ site, “it wouldn’t be an overstatement to deem this a true museum worthy timepiece.” It sold at Sotheby’s New York in December 2021 for $9,570,000.

The Patek Philippe Ref. 1518 perpetual calendar chronograph in stainless steel is so rare that not even the Patek Philippe Museum in Geneva has one. Widely considered the brand’s defining reference, the 1518 was the world’s first perpetual chronograph wristwatch to be produced in a series by any manufacturer. Sold at Phillips Geneva Watch Auction: FOUR in November 2016 for $11,112,020.

The Rolex Ref. 6239 “Paul Newman” Cosmograph Daytona is a stainless steel chronograph wristwatch with off-white “exotic” dial and tachymeter bezel, purchased by Joanne Woodward, likely in 1968, as a gift for actor and budding motorsport racer Paul Newman. Sold at Phillips’ Winning Icons sale in New York in October 2017 for $17,752,500.

The Patek Philippe Ref. 6300A-010 “Grandmaster Chime,” is a unique stainless steel version of a timepiece introduced in 2014 to mark the watchmaker’s 175th anniversary. The double-face reversible watch boasts 1,366 movement components and 214 case components and features 20 complications, including a perpetual calendar, a minute repeater, a second time zone, a leap year cycle and esoteric chiming mechanisms known as grand and petite sonneries. Sold at Only Watch auction in Geneva in November 2019 for $31,000,000.