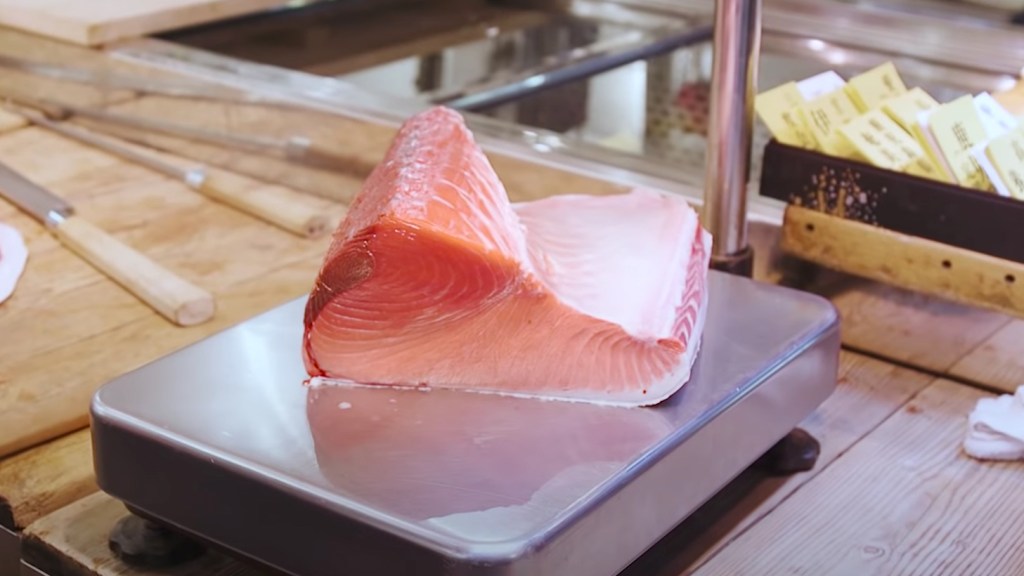 Most days each week, a little drama plays out inside the auction hall of the world’s largest fish market, Tsukiji in Tokyo. Before dawn, a group of wholesalers are given 30 minutes to inspect more than 1,000 tuna before the auction begins to lay claim to some of the world’s finest fish. Among them is Yukitaka Yamaguchi, who owns the Yamayuki Group, and has become known as the market’s king of tuna. After watching him work and explain his craft, you understand why.

Eater recently traveled to the market that will soon change locations to follow Yamaguchi to follow him for a day as he sources fish for some of the world’s finest restaurants. Wielding his enormous maguro bōchō knife (it practically looks like a sword), he carefully carves up the massive sea creature while he discusses what he’s looking for and what makes certain parts of tuna more valuable than others.

At one moment, you see him marvel over the beauty of a tuna fished in Japanese waters, showing the parts that will wind up in a two-Michelin-star sushi restaurant. The next minute you see him open up a tuna from North Carolina that has a puncture in the belly—the fish’s most valuable section—causing him to bemoan the lack of skill and care from the American fisherman who caught it.

Such a complaint isn’t merely about aesthetics. Finding an imperfection like this could be really costly to Yamaguchi, because even intact fish could still land him in the red. He has to have the skill to recognize high quality fish that he can turn a profit on after he breaks it down to sell it off to restaurants. “You don’t know the tuna until after you buy it and separate it,” Yamaguchi says. “This happened to me the other day, I bought a fish for $57,000, but I sold it for $20,000. I can’t help but be nervous when I’ve bought an expensive fish I like.”

By noon, nearly 7 hours from the start of the auction, the market grows largely quiet, but you’ll still find him slicing away for the more than 1,000 restaurants he supplies. And after four hours of sleep, he’ll start it all over again before the break of dawn the next morning.