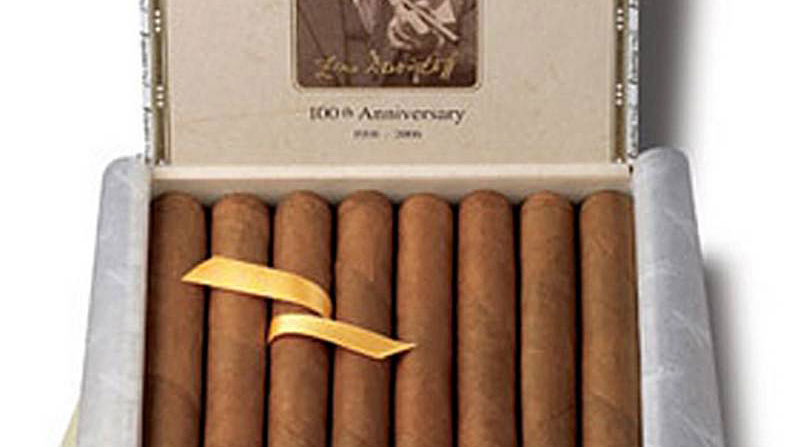 Characteristics An exquisitely smooth and silky wrapper and well-aged tobaccos result in a rich, spicy flavor worthy of a Richard Hennessy or Louis XIII Cognac. Insider’s Tip The wrapper is supposed to be a secret, but its appearance and taste strongly suggest a well-aged Connecticut shade. In case you missed getting the larger 100th Anniversary Diademas, here is another chance to experience the same tobaccos in a smaller format. These cigars were released in December 2006 in a special commemorative box bearing a photo of Zino Davidoff and are in celebration of the centennial of his birth. Although out of production, they can still be found on some dealer’s shelves. Five tobaccos are used in the all-Dominican filler, and the wrapper is from 1992 and 1993, two of the best harvests. Only one size is available: a 5 x 50 Robusto. Note Prices are per cigar and average suggested retail and do not reflect local or state taxes.