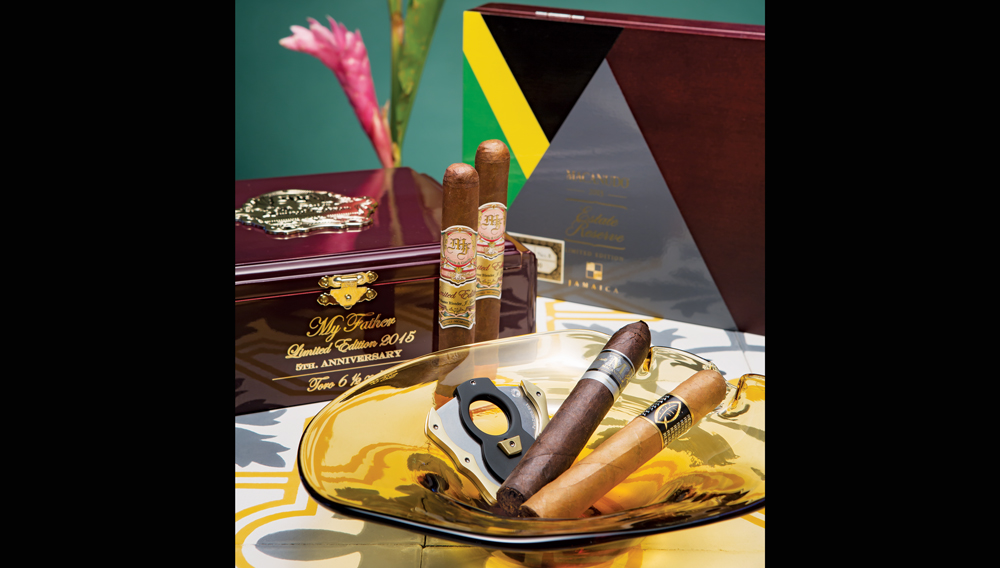 Originally published in the December issue of Robb Report as “Gift Wrappers (and Fillers and Binders): Limited Editions”

About four years ago, a group of cigar makers at Altadis (the Grupo de Maestros) created a small selection of Trinidads made from a 2011-vintage Indonesian shade-grown wrapper, a 2010-vintage Dominican binder, and a filler blend of Connecticut broadleaf, Dominican Olor, and Piloto Cubano tobaccos. The company stored the cigars in a cedar aging room and then forgot about them; only recently were they discovered and subsequently released, in two sizes: a 6 1/8 × 54 belicoso and a 5¾ × 52 salomon. ($9.25–$9.50) altadisusa.com

The Macanudo brand has been based in the Dominican Republic for more than a decade, but it began in Jamaica. Last year the brand returned to its roots by offering the limited-edition Macanudo Estate Reserve, a cigar that featured a small amount of Jamaican leaf in its filler. This year it released a cigar that showcases a filler blend featuring a proprietary Jamaican leaf known as Silver Tongue. The wrapper is a 10-year-old Connecticut broadleaf, and the binder is a tobacco sourced from San Andres, Mexico. This cigar is one to savor in any of three sizes: 5½ × 50, 6 × 57, and 7 × 50. ($16–$18) cigarworld.com

Although now made in Nicaragua, the Dunhill Selección Suprema originated in Cuba in 1935 when Alfred Dunhill asked Cándido Vega Díaz, owner of the El Rey del Mundo brand, to make a cigar for his London-based company. The result was the Don Candido and the start of Dunhill’s Selección Suprema series. To celebrate the 80th anniversary of this line of exclusive cigars, Dunhill has released 2,500 boxes (each containing eight 6 × 50 toros), only 300 of which have been reserved for the United States. With a Nicaragua Jalapa shade wrapper; fillers of Estelí, Jalapa, and Brazilian Mata Fina tobaccos; and a hearty Connecticut broadleaf binder, the Selección Suprema delivers notes of cedar, licorice, and milk chocolate worthy of a single-malt whisky. ($160 per box) cigarworld.com

Each year from 2010 through 2013, My Father Cigars released a limited edition that was hand-rolled by the company’s owner, José “Pepin” Garcia. After a year’s hiatus, the heralded cigar is back. The new release features an oily Habano Ecuadoran rosado oscuro wrapper, a Corojo 2006 and Cuban-seed double binder, and filler tobaccos from the Garcias’ farms in Nicaragua. The cigar, which is available only as a 6½ × 52 toro extra, delivers flavors of lightly tanned leather and cocoa. The company has produced only 4,200 boxes, each containing 14 cigars. ($325 per box) myfathercigars.com