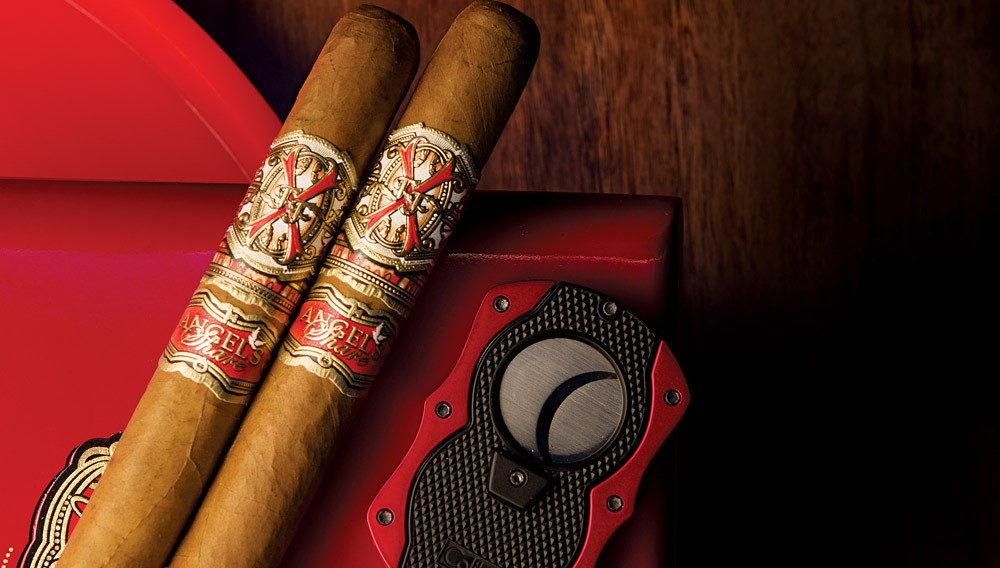 A spicy-sweet smoke that was 101 years in the making…

Established in 1912 in Tampa, Fla., by the late Arturo Fuente Sr., the company that is now called Tabacalera A. Fuente y Cia is the world’s largest family-owned cigar business, boasting a portfolio of brands that includes Arturo Fuente, Hemingway, Don Carlos, and Fuente Fuente OpusX. The Fuente company was going to release three new limited-edition cigars in 2012 to mark the 100th anniversary of its founding, but shortly after it announced those plans, a fire in one of its warehouses destroyed 8,000 bales of tobacco that had been aged—some of it for as long as 10 years—for the centennial cigars. The company salvaged enough of the tobacco to produce the cigars, but the fire postponed their release until last year. “Although 2012 was our 100th anniversary, 2013 is year one of our second century,” declared Carlos “Carlito” Fuente Jr., a grandson of the company’s founder.

Of the three new releases, the Fuente Fuente OpusX Angel’s Share—a milder version of the company’s legendary OpusX—is the most outstanding. The cigar takes its name from a term used by whisky distillers: The angels’ share is the amount of the spirit that, cellar masters say, goes to the angels as it evaporates during the barrel-aging process. If the name is intended to suggest that the cigar produces a heavenly smoke, then Angel’s Share is fitting.

When the OpusX debuted in 1995, it was heralded as the first all-Dominican cigar to rival Havana cigars in quality and strength. As with the OpusX, the Fuente company sources the tobaccos for Angel’s Share from the family’s Château de la Fuente farm in the Dominican Republic. But to produce a milder flavor, it has reblended the OpusX filler, and for the wrapper and binder it uses leaves from the center of the plant instead of the top. The wrapper’s smooth, silky texture is balanced by spicy-sweet top notes that intensify as the cigar burns.

The Angel’s Share is available in four sizes—corona gorda, robusto, double corona, and Churchill—and is priced from $13.16 to $17.44.