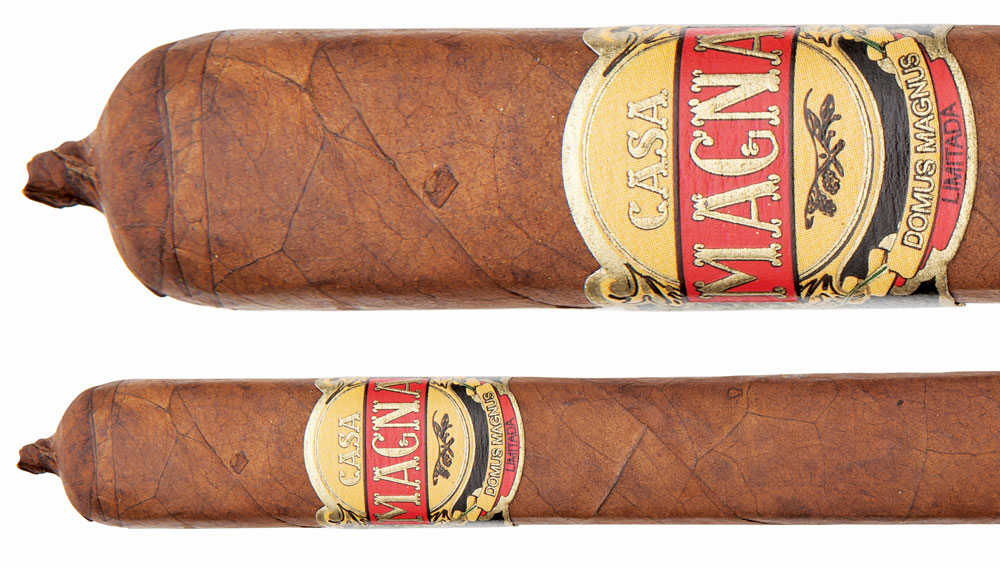 The pigtailed Nicaraguan puro Domus Magnus (www.sagimports.com, $8.95 to $9.95)—whose name derives from the Latin translation of Casa Magna, one of the Quesada family’s most popular brands—is slightly milder than the cigars in the Casa Magna line. The box-pressed Domus Magnus starts out with a subdued strength that gradually builds as it is smoked, thanks to a 5-year-old sun-grown Criollo 98 wrapper and meticulously honed filler tobaccos culled from five farms. The cigar—a project of fourth-generation jefe Manuel Quesada and the acclaimed tobacco grower and cigar maker Nestor Plasencia—was originally slated to be a onetime release, with only 50,000 produced of each size: a 5¾ x 52 Optimus and a 6? x 55 Primus. But the first 15,000 boxes sold within six weeks of the cigar’s introduction last August, leaving customers clamoring for more. So Domus Magnus may become a regular part of the Casa Magna brand—albeit a limited one, considering the rarity of the wrapper.