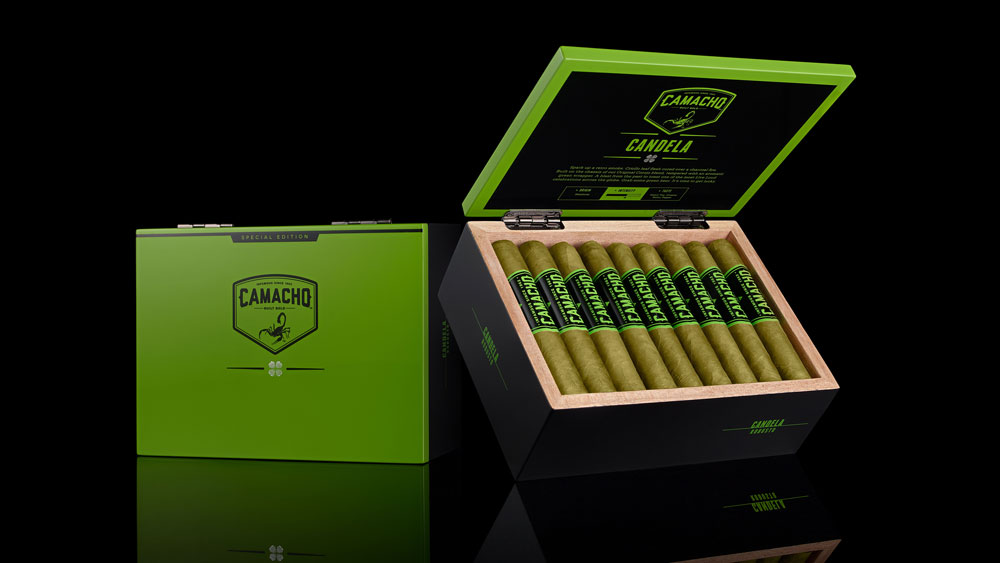 There was a time, from about Rock Around the Clock to Abbey Road, when Candela cigars were all the rage among American cigar smokers. The brand known for their distinctive yellow-green wrappers transitioned from Candela to AMS—short for American Market Selection. Candela’s popularity was due to its mild and somewhat grass-like flavor, the result of early harvesting and then arresting the curing process to lock in more of the plant’s natural chlorophyll. Hence, Candela’s greenish color and relatively mild taste.

However, Candela cigars eventually fell out of favor with cigar smokers, and the darker EMS (English Market Selection) wrappers and stronger cigars took over. But now Candela is making a slight—but  noteworthy—comeback, with one of the latest versions being introduced by Camacho, a brand with a reputation for being anything but mild.

Although the Honduran-made Camacho’s taglines are “Built Bold,” and “Live Loud,” the new Camacho Candela 5 x 50 Robusto ($8) is a much milder, gentler cigar than most of their other offerings. This is the result of a carefully blended Honduran Corojo filler combined with a Honduran Corojo binder, both of which are perfectly complemented by a Honduran Candela wrapper. The result is a creamy, medium-plus  smoke that lingers on the palate with definite notes of black pepper and green tea.

Interestingly, Camacho also launched a Candela cigar in 2007, but their new Candela Robusto is a notable step up in RPMs, with a wrapper that has been flash cured over a charcoal fire, which lends a bit more intensity to its medium-strength persona. As such, this limited edition offering—with only 3,000 boxes produced for a worldwide market—can be perfectly paired with either a Teeling Single Malt or a Tyrconnell 16 Year Old Irish whiskey. In fact, considering the recent trends of lighter whiskeys and lower-proof cocktails, this would  be an ideal time to fire up a retro smoke with a Camacho Candela Robusto.