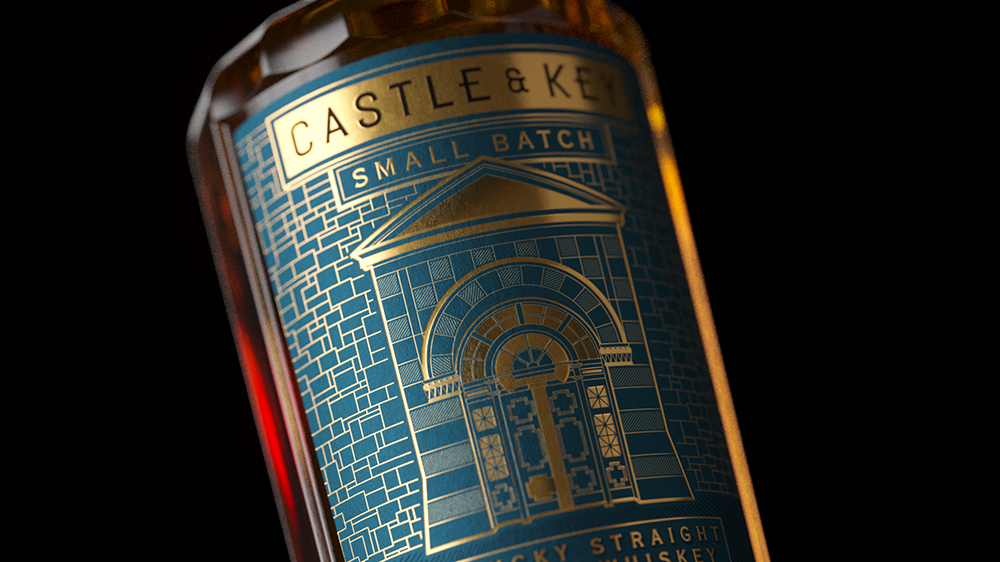 There are certain releases that always count as a “big deal” in the bourbon world: the Buffalo Trace Antique Collection, Pappy Van Winkle, Old Forester Birthday Bourbon and Wild Turkey Master’s Keep, to name a few. These whiskeys all come from established distilleries that have been making bourbon under various brand names for decades, and these limited-edition bottles tend to sell for amounts far beyond their suggested retail price.

For some, the new bourbon from Kentucky’s revamped and renovated Castle & Key Distillery seems to count among these “big deal” releases, although the distillery has only been up and running for less than a decade. Chalk it up to the history behind the distillery, but the first batch of the whiskey has already sold out on its website, and while you can find it at other online retailers the price has skyrocketed from its original $55. The question is, of course, is it worth it?

Castle & Key was founded by Will Arvin and his partners, who restored the mothballed Old Taylor Distillery in 2014. Old Taylor was originally built by Colonel Edmund Haynes Taylor, Jr. in 1887, a name you might recognize from Buffalo Trace’s EH Taylor Jr. lineup of bourbon and rye. Taylor also was one of the forces behind the Bottled in Bond Act of 1897. Indeed, the world of bourbon has a lot of crossover like this, but that’s because a lot of the old guys (and yes, they were virtually all men) were involved with different distilleries and different brand names throughout their careers. The distillery had a lot of flair, including the castle referenced in the new name, but was shuttered when Prohibition began. After this failed Noble Experiment, it passed through different owners and was ultimately left to molder with neglect. Fast-forward to the mid-2010s, and things were happening again as the distillery was transformed into Castle & Key, with Marianne Eaves taking on the role of master distiller (she moved on from that job in 2019). Over the years, the distillery has been contract-distilling for other brands, as well as releasing in-house produced rye whiskey, vodka, and gin. Which leads us to the brand-new bourbon.

Batch #1 was released in March, with a second batch on the way this month. The mashbill for both batches has a relatively high amount of barley: 73 percent white corn, 10 percent rye and 17 percent malted barley. Each release is first column distilled to 125 proof, then continuous pot still distilled to 135 proof, and finally put into barrels at 107 proof. The release size for both is 80 barrels that are four years old, and the proof differs slightly with Batch #1 at 98 and Batch #2 at 99. I got to taste the first batch, and while this is an admirable first release, by no means would I say it’s worth paying the $300 you might find it online for. The nose is nutty and grainy, with a hint of orange and cinnamon on the backend. The palate has continued corn and grain notes, with sweet custard, vanilla pudding and a really nice hit of baked apple on the slightly spicy finish.

Castle & Key Small Batch Bourbon 2022 Batch #1 is a good bourbon, albeit a bit on the younger side. It drinks well neat, and I would certainly use this whiskey in a cocktail. But I would love to taste the liquid at around six years old to see how the palate develops, and it seems like there’s a great deal of potential. My guess is that this is a “big deal” release that is going to make some bourbon collectors very happy, with just as many deciding that it’s an overhyped brand. To be fair, this is a well-crafted whiskey that isn’t just about hype. While certain distilleries seem to relish that status and focus more on image than quality, that doesn’t seem to be the case with Castle & Key. So if you get a chance to try this bourbon, go ahead and try a pour or buy a bottle. But this is not a bottle to spend an exorbitant amount of time and money chasing on the secondary market.