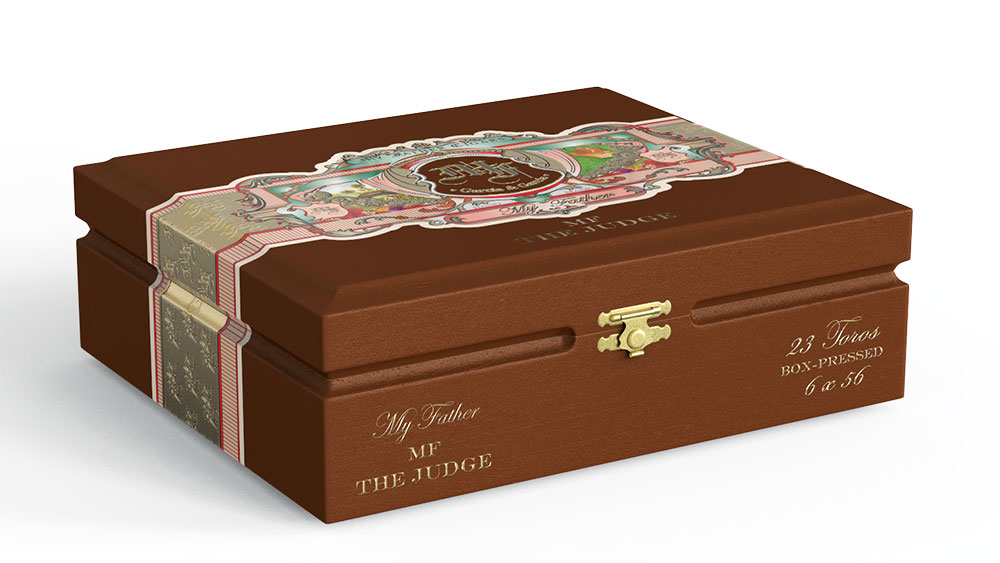 Photo: Courtesy of My Father Cigars

Beginning in the 19th century, cigar boxes were adorned with colorful and intricate artwork, and now, many are as collectable as the cigars they contain. They now serve as mini-advertising billboards, often attracting the attention of cigar smokers entering a tobacconist’s walk-in humidor even before the cigars themselves are noticed.

But in May of 2016, the Food and Drug Administration (FDA), which regulates all tobacco products sold in America (including premium cigars) ruled that all cigar box lids must have 30 percent of their surface area covered with one of six different cigar warning labels, imprinted in a minimum of 12-point type (as a point of reference, newspaper print is typically 10-point type). This, of course, would completely destroy the artistic appeal and any collectability of all future cigar boxes. It would also be potentially detrimental to point-of-purchase sales for retailers.

But this week, in an historic ruling for the premium cigar industry, US District Court Judge Amit Mehta ruled that the FDA’s warning label requirement is illegal. Judge Mehta based his ruling on a number of factors, including his belief that the FDA’s warning label requirement would violate the cigar manufacturer’s First Amendment rights, and the fact that the FDA has yet to interpret the definition of a premium cigar. This in itself could determine if this luxury category is different from other tobacco products and thus, as the industry asserts, should be regulated differently than other tobacco items, such as cigarettes.

The warning label requirement has now been sent back to the FDA for further consideration. So even though the premium cigar industry has been momentarily freed from this unappealing requirement, they remain under the auspices of the FDA, which has still not been able to define what is a premium cigar. We could probably help them out….