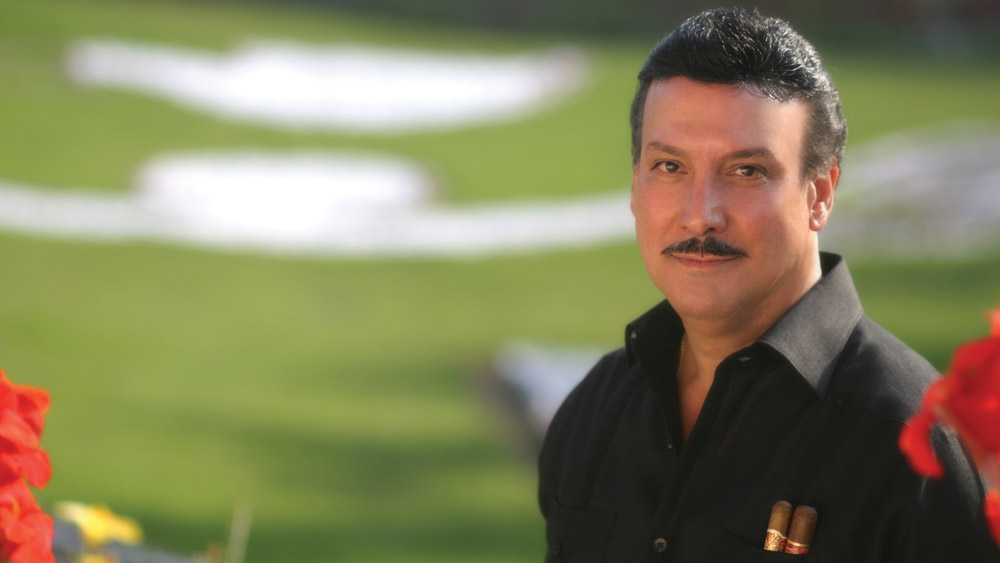 It’s an unfortunate paradox that nearly all of the most coveted and costly hand-rolled cigars are made in the some of the poorest developing countries. The Dominican Republic produces more premium cigars than any other nation, including Cuba, and Dominican cigars, both hand- and machine-made, account for more than $600 million a year in spending. Their manufacture has also created more than 120,000 jobs for farmers, cigar rollers, box makers and countless other tobacco industry workers.

And yet, much of the vast leafy countryside of the DR remains a random assortment of ramshackle huts in villages with less-than-reliable electricity and water that’s unfit to drink, all connected by rugged dirt roads that turn into muddy bogs during the monsoon seasons.

This was the world that the late Carlos Fuente and his family ventured into back in 1980. Having lost their factory and tobacco crops through civil unrest in Nicaragua, they relocated to Honduras and rebuilt. Then they again lost everything in a catastrophic fire. So the Fuentes understood hardship. But tobacco was their heritage, and the Fuentes rebuilt their cigar-making business in the Dominican Republic, and son Carlos “Carlito” Fuente Jr., who, in addition to the tobacco growing and blending skills he had learned from his father and grandfather, Arturo, developed into a visionary for packaging and marketing the brand. He created new shapes and blends that helped define the modern-day cigar, including the now-legendary Fuente Fuente OpusX, the first successful Dominican puro that dramatically elevated the image of non-Cuban cigars and has become as sought-after as many Havanas.

Fuente Jr. is now president of Tabacalera A. Fuente y Cia, which has become the largest family-owned, premium cigar company in the world. Headquartered in Santiago and operating four factories in the DR, they employ 4,000 people, produce upwards of 30 million cigars a year, and have recently expanded their operations in Europe and Asia. As a major trendsetting force in the industry, Fuente Jr. felt compelled to give something back to the people who had worked so hard in his family’s fields and factories over the years to make their cigar company a success.

In 2001 he established the Cigar Family Charitable Foundation, a public, non-profit charity dedicated to improving the lives of the families living in the Dominican Republic’s rural and mountainous Bonao region, where much of the Fuente’s tobacco is grown.

“It’s our way of giving back to the people who have given so much for us,” says Fuente, Jr.

In creating the foundation, the Fuentes joined forces with Florida-based cigar making and marketing partner, the J.C. Newman family.  No stranger to hardships himself, Hungarian immigrant J.C. (Julius Caesar) Newman came to the US in the late 1800s and after being laid off from his apprentice cigar-making job because of a major recession. In 1895, using $50 that he borrowed to buy tobacco, he began rolling cigars on a wooden table in the family’s barn. Today, the J.C. Newman Company is the largest cigar company in the US and the only one still owned and operated by the founding family.

The Cigar Family Charitable Foundation has made dramatic improvements for the families of five rural communities who were living in extreme poverty, with an overcrowded and inadequate educational system, unsafe water and little or no means of transportation, a necessity for employment in that area. What began with the addition of a wing on an existing school has grown into the 23-acre Cigar Family Complex, which includes a primary and secondary school, a health center, an organic farming program and a sports and recreational facility. A technical school and nursing program are in the works next. The foundation provides free education and healthcare to more than 450 students. And because the Fuente and Newman families underwrite all of the charity’s administrative costs, 100 percent of every donation funds these various projects.

The Fuente family.  Courtesy of Tabacalera A. Fuente y Cia

“Our Cigar Family Charitable Foundation has provided hope and opportunity in an area of the Dominican Republic that has been impoverished for generations,” says Eric Newman, a third-generation family member and now president of the J.C. Newman Company. “The only way to break that cycle of poverty is through education. Today we have doctors, architects, teachers and entrepreneurs who all began their path at our Cigar Family School.”

Carlito Fuente also took the lead in helping create a second the Fuente Family Foundation in 2008, a private charity that has since helped numerous organizations, including The Boys and Girls Club, Saint Jude Children’s Research Hospital and the Dan Marino Foundation. The Fuente Family Foundation is composed of Fuente family members who represent multiple generations. “We’re about family, and we’re about tradition,” says Fuente Jr. “I don’t want to forget our humble beginnings. I think that’s important to pass on to my children.”