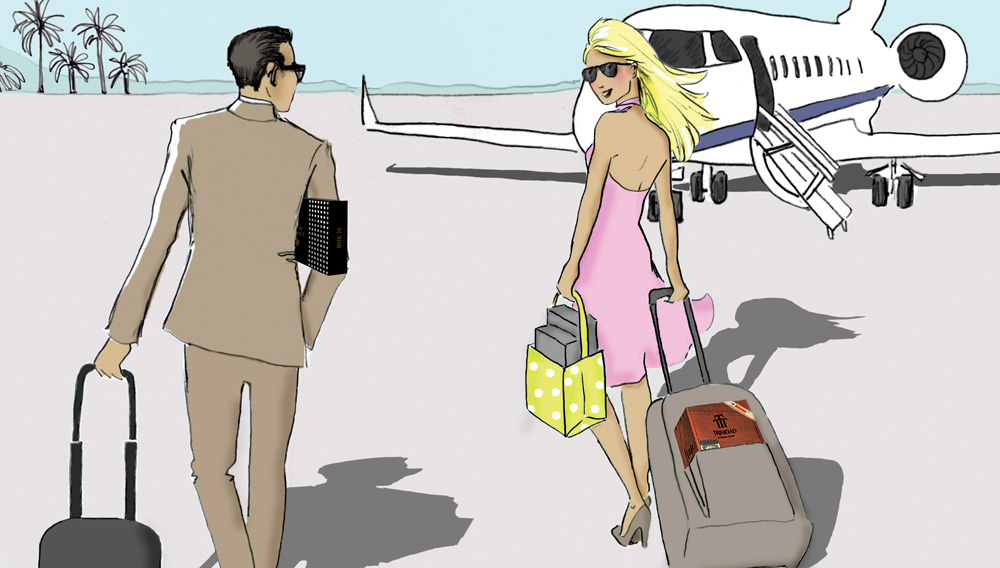 Contrary to popular opinion, not all Havanas are stellar stogies. Here is how to make the most of the relaxed new rules.

It is often easy to spot American cigar smokers in Europe. They are the ones who overpay for a dried-out Cuban cigar and then proudly puff away at it as the wrapper cracks and unwinds. But that does not matter, for they are relishing a forbidden fruit, no matter how harsh and bitter the smoke may taste. Such is the siren song of Havana cigars, which undoubtedly would not have their unbridled allure had they not been banned in America.

In the 53 years since the embargo, Cuban cigars have acquired an enormous mystique in the United States. But the truth is, not all Cuban cigars are great—in fact, about half of the roughly 40 brands produced there are not worth considering, now that U.S. travelers can bring back $100 worth of Cuban smokes.

Late last year, President Barack Obama relaxed the rules imposed by the 1962 embargo. It is now permissible to bring $400 worth of Cuban goods into the United States, $100 of which can be cigars or   alcohol. Because of the scarcity of Cuban cigars in this country—a few are smuggled in illegally, though many of the so-called Cubans here are counterfeit—most Americans are not familiar with the Havana brands. And being a hand-rolled product, there are variances in the quality.

“The big quality problem was about 15 years ago,” says Jemma Freeman, the managing director of Hunters & Frankau, the United Kingdom’s sole Havana cigar importer. “Even Habanos admit that things were not right in 1999 to 2000, and I believe the lesson of overproduction was learned in this period. Nevertheless, quality is always a priority for the tobacco industry in Cuba, and they have done a great deal to address it since those days.”

Hunters & Frankau inspects every box of Havanas sold in the U.K. and applies an EMS (English Market Selection) stamp to each box before it leaves the company’s warehouse. Because of this and other quality controls, such as controlled humidity during storage, the U.K. is among the best places—along with Spain and Switzerland—to buy Cuban cigars. But American citizens will have to smoke them on the spot: The new regulations allow for importing $100 worth of Cuban cigars only if those cigars are purchased in Cuba.

To make the most of that small allowance, remember that a steady supply of quality tobacco is scarce on this island nation, and there are only so many top (Grade 9) rollers, whose talents are reserved for the better brands, such as Cohiba, Montecristo, Partagás, Romeo y Julieta, and H. Upmann, to name five of the most popular Havanas. A Grade 9 pedigree is evident in the consistency of the shape, the smoothness of the wrapper, and the lack of any hard or soft spots along the body of the cigar itself. Some inferior cigars will be rolled too tightly, resulting in a difficult draw. Others will be too loosely constructed, allowing an overabundance of air to be taken in with the smoke, which often leads to hyperventilation—that light-headed feeling—while puffing.

Also keep in mind that counterfeits are rampant in Cuba, too, especially in Havana. Avoid buying from street vendors and hotel clerks, and choose reputable sources, including La Casa del Habano stores (which are partially owned by the Cuban government); direct sales at the factories; or the cigar shops of the better hotels, such as the Meliá Cohiba and the Iberostar Parque Central.

Finally, although La Casa del Habano offers fairly consistent prices and some of the best values, cigar costs can fluctuate elsewhere, so it is a good idea to shop around. Most Cuban cigars cost from $7 to $25, depending on brand, size, and where they are purchased. That means, under the newly relaxed rules, you can bring home approximately four to 14 authentic Havana cigars.

Cohiba, particularly the Espléndido or better yet, a Behike, a large-ringed variation that is the perfect digestif cigar. These are medium-full in character but not overpowering. However, newer smokers may want to select the kinder, gentler Cohiba Siglo series. According to Freeman, due to its popularity, Cohiba is the most frequently counterfeited brand.

Trinidad. This started out as Castro’s “secret” VIP cigar that replaced the Cohiba in popularity when it began to be sold to the public in 1982. As one of the most expensive choices, depending on where you buy it, four or five of these medium-full-flavored smokes will use up most, if not all, of your government-approved budget.

Montecristo. The No. 2 specifically is a perennial favorite. Medium-full-bodied, it carries an undertone of sweet spice.

Partagás. Series D, No. 4 (a robusto) is a popular size for this powerhouse brand. It is tantamount to smoking a porterhouse steak; if you have an hour to spare, try a Lusitania.

Romeo y Julieta. Medium strength with a touch of sweetness, this is a perfect cigar when you are not quite sure what to buy.

Punch. Subtly powerful yet smooth, with a rich, leathery finish.

Vegas Robaina. Medium full in flavor; one of the most complex and spicy Havanas around and perfect for any time after lunch and beyond.

Cuaba. The shapes are all figurados; a mild-mannered smoke ideal for novice and connoisseur alike.

Savvy Las Vegans know that the cigar lounge above André’s Restaurant at the Monte Carlo Resort and Casino provides a rare opportunity to enjoy a premium cigar from chef André Rochat’s well-stocked humidor and a fine spirit from a list featuring 200 single malts, Cognacs, and Armagnacs. Now the Michelin one-star restaurant has remodeled its second-floor hideaway and reopened it as André’s Cigar Lounge and Culinary Library (andrelv.com).

The walls of this intimate lounge, which opened in March, are lined with nearly 700 cookbooks from Rochat’s personal collection of more than 1,000 volumes, as well as historic menus assembled during his 55 years in the culinary world. All of it is on display and available for guests to peruse and for chefs to borrow. Cookbooks date to the 18th century and include The First American Cookbook written by Amelia Simmons in 1796, autographed books by legends such as Julia Child, Joël Robuchon, and Paul Bocuse, and cookbooks by modern luminaries like Daniel Boulud, Thomas Keller, and Massimo Bottura. “This is now a place where people can read, eat, drink, and smoke a good cigar,” Rochat says. “The only place like it in Las Vegas.”