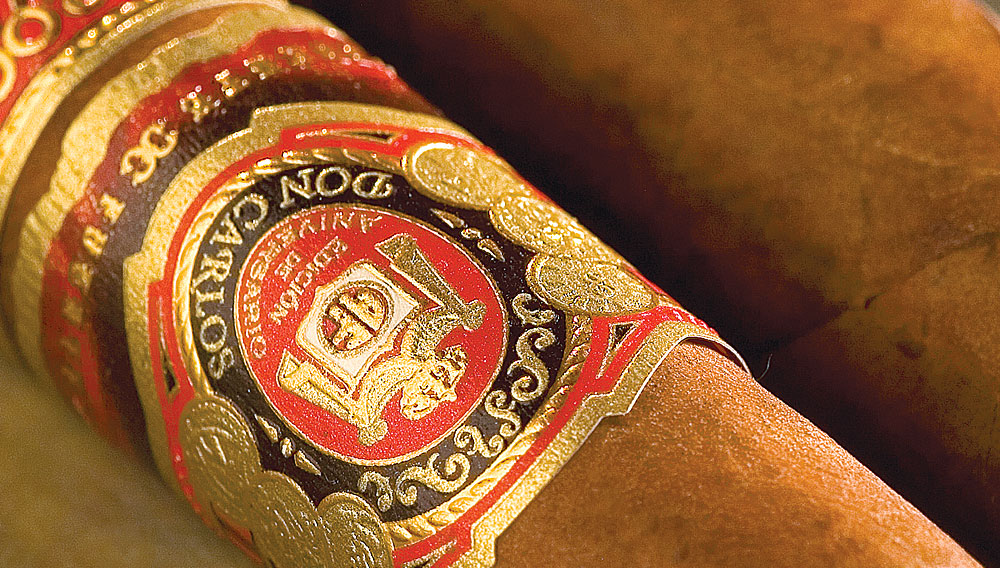 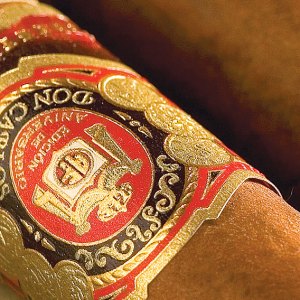 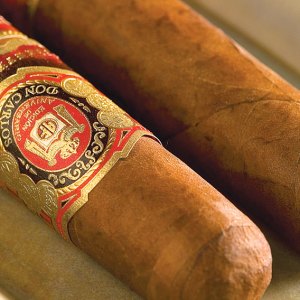 Characteristics Depth of flavor massaged into mellow strength, with plenty of power in the undercurrent, it’s like a New York Strip without any sauce. Only three shapes are made: a double robusto, a toro, and our favorite, a robusto. Insider’s Tip Much spicier than the regular Don Carlos, this double-banded cigar is a Dominican puro, with a dark, aged wrapper from Château de la Fuente. Carlos Fuente Jr. created this cigar to pay tribute to his father on the 30th anniversary of the Cameroon-wrapped Don Carlos robusto, which is still in the line. Although the Edición Aniversario was a one-time offering, sequestered boxes can still be found by persistent smokers, and should be even better now with the additional aging. A 30-cigar set, 10 of each size, comes in an ebony, macassar, or walnut chest that converts into a humidor, with a suggested retail of $1,250. However, single cigars can still be found in some tobacco shops. Note Prices are average retail and do not reflect local or state taxes.