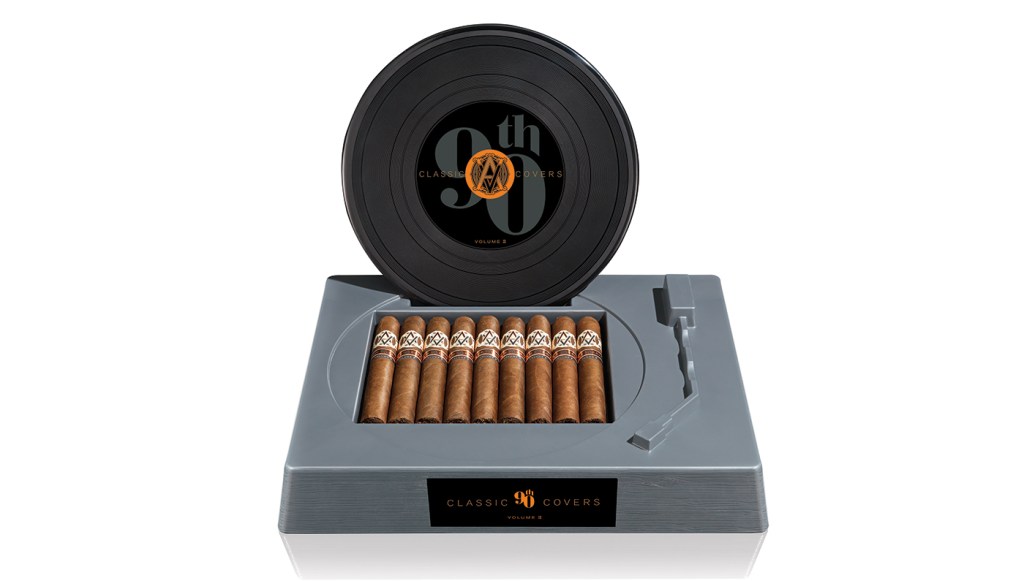 A 90th birthday merits a celebration, and Davidoff of Geneva’s Avo Cigars brand is celebrating its namesake with the release of the Davidoff of Geneva, Avo Cigars 90th Classic Covers Volume 3. Avo Uvezian is a legendary Armenian-American jazz artist who launched a cigar brand 30 years ago from a box atop his piano. After three decades blending cigars with Davidoff of Geneva’s Hendrik Kellner, Uvezian’s latest release puts a new spin on a familiar blend. Traditionally, the Avo-brand cigars were released each March, in honor of Uvezian’s birthday. The Avo Cigars Classic Covers series launched just a year ago, and Volume 1 was the first new release from the Avo brand that did not actually celebrate Uvezian’s birthday. Having skipped Uvezian’s 89th, Davidoff of Geneva returned this year with Volume 3 to resume the annual celebration.

The Classic Covers line of cigars uses filler tobaccos from the Avo brand’s established blends, wrapped (or “covered”; hence, the series name) in Mexican binders and Ecuadoran wrappers. Previous releases were altered versions of the Avo Classic and Avo Heritage blends. This new blend starts with the filler tobaccos of the well-established Avo XO cigar, composed from rare Dominican tobaccos aged for 10 and 11 years. The wrapper leaf is a Habano 2000 Claro—a seed varietal hybridized from Cuban and Connecticut ancestors. It comes in a single size—a 6-inch by 54-ring toro. The toro smokes well, with a fairly even burn; each puff delivers a light and peppery smoke with some hints of nutmeg and almonds.

The packaging for this special release is a new innovation from the brand. Designed to resemble Avo’s own record player, the box is a ceramic tray that holds two rows of nine cigars, with a lid shaped like a vinyl record. After you’ve smoked all the cigars, the box doubles as an ashtray, for use and display. Davidoff of Geneva produced only 3,500 boxes. The cigars retail for $17 for a single one, or $304 for a box of 18. (us.davidoffgeneva.com)