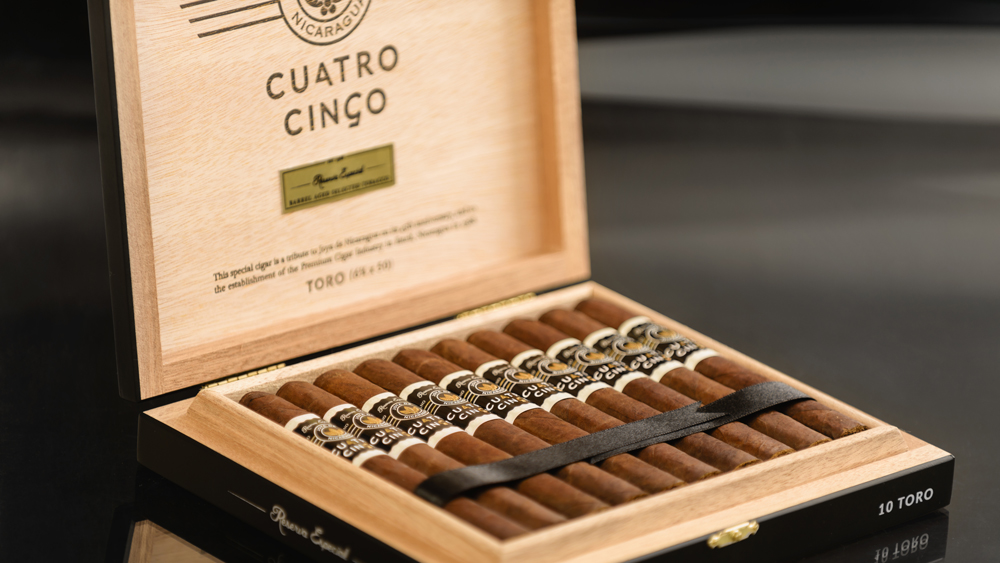 As with craft cocktails, the latest trend in premium cigar making is barrel aging. This technique, which was first practiced in Cuba many years ago and revitalized in the 1980s, is now achieving new levels of sophistication with non-Havana cigars. And currently, nowhere is the trend more flavorfully evidenced than with Joya de Nicaragua’s Cuatro Cinco Reserva Especial.

The numerical name refers to the 45th anniversary of the brand, which occurred in 2013. However, a one-time offering of the Cuatro Cinco Edición Limitada was so well received that it inspired the release of this second box-pressed variation, which will be an ongoing product. Boasting a Nicaraguan Habano Criollo wrapper and Nicaraguan filler, the cigar received its subtle spice from a Dominican volado binder. Before rolling, the Nicaraguan ligero filler leaves are aged in oak barrels that had previously been used for aging rum, imbuing the otherwise meaty, medium-full smoke with a slight sweet-vanilla countenance. Four sizes are produced: toro, torpedo, doble robusto, and petit corona.