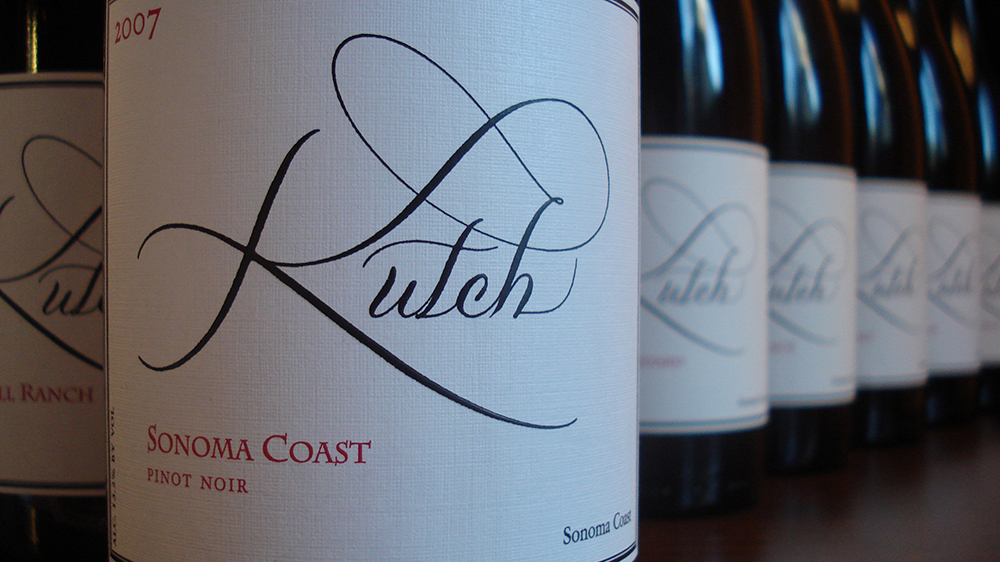 In a spotless custom-crush facility in Sonoma’s Eighth Street “wine ghetto,” Jamie Kutch of Kutch Wines pours me a glass of his 2017 Pinot Noir from the 40-year-old Bohan Vineyard far out on the Sonoma Coast—specifically, from what he calls the “Graveyard Block” of those own-rooted, dry-farmed vines. In spite of an alcohol level that comes in under 13 percent, the wine has a sense of power and structure, its earthiness layered with dense cherry fruit. You get the impression that it’s the product of a highly specific place, in this case one with very rocky soil and, at almost 1,000 feet (which puts it above the fog level), a place that basks in more sunlight than you’d expect.

“I’m not trying to make Burgundy,” Kutch says. “But I am going for terroir”—that elusive term referring to soil, climate, and human choices that distinguish a wine, at least if it’s a good wine, from a wine grown in any other place. And as we taste through more of his Pinot Noirs, it’s clear that Kutch is expressing the terroirs of his diverse vineyard sources in a style that diverges from that chosen by many of his winemaking peers in the region. Or maybe he’s able to express the terroirs so well because his style is different.

Kutch didn’t set out to be a winemaker. He was on Wall Street. But as an assistant trader, he admits, he didn’t relish the culture of more—the larger-than-life material appetites rife on that path. And always, there was the love of wine: the bottle of obscure Riesling he’d take to the college beer party, the trade tastings he’d slip into on borrowed business cards. Finally, he proposed to his girlfriend (Kristen Green, a publicist and co-owner of the brand) on the condition that they move to California.

An early ad hoc working relationship with Michael Browne, the legendary cofounder of Kosta Browne, yielded a terrific first harvest experience and the means to make his own wine—a handful of barrels of Pinot Noir, which Browne handed over. It also yielded a strong opinion: Kutch knew immediately that the Kosta Browne style of the day was not going to be his style in the long run. Chalk it up to the aforementioned Burgundy reference point, maybe, but without judgment (for wine preferences are entirely personal, making an enormous range of styles viable) Kutch describes the wine character in those barrels that he meant to move away from—overly ripe and sweet, clocking in at north of 15 percent alcohol and harboring more than a little residual sugar.

A winemaking evolution began, leading to the 2016s and ‘17s we’re tasting today, lean (as opposed to fat) but vivid and full-flavored. The choice of when to pick the grapes is pivotal, according to Kutch. And by that he means early, with lower sugar levels. “Without that pick date, you could be a magician and still not make the wines you want,” he says. And extremely minimal handling follows—punch downs by hand (or foot), almost no additions but for the smallest amounts of sulfur, and no new oak. “You don’t want to scar the wine,” he says. “New oak erases some of the terroir.”

Possibly the most dramatic evolution of all is increasing amounts of whole clusters going into Kutch’s fermenters. Not only do stems protect, acting as an antioxidant, he says, but they’re “like salt, pulling out the perfume and character of the wine.” They also build structure and power, in the absence of high alcohol.

These wines are naked in a way, but they’re full of character. From that dense Bohan Vineyard Pinot, to a perfumed McDougall Ranch one with tart red fruit, to a dark-souled and exotic Falstaff Vineyard Pinot from the Petaluma Gap (where the climate is close to Burgundy’s, counterintuitively colder than those above-the-fog vineyards right on the coast), Kutch has caught the Holy Grail of terroir. And at $55 to $65 for his vineyard-designate Pinots, he’s offering it at amazing value.