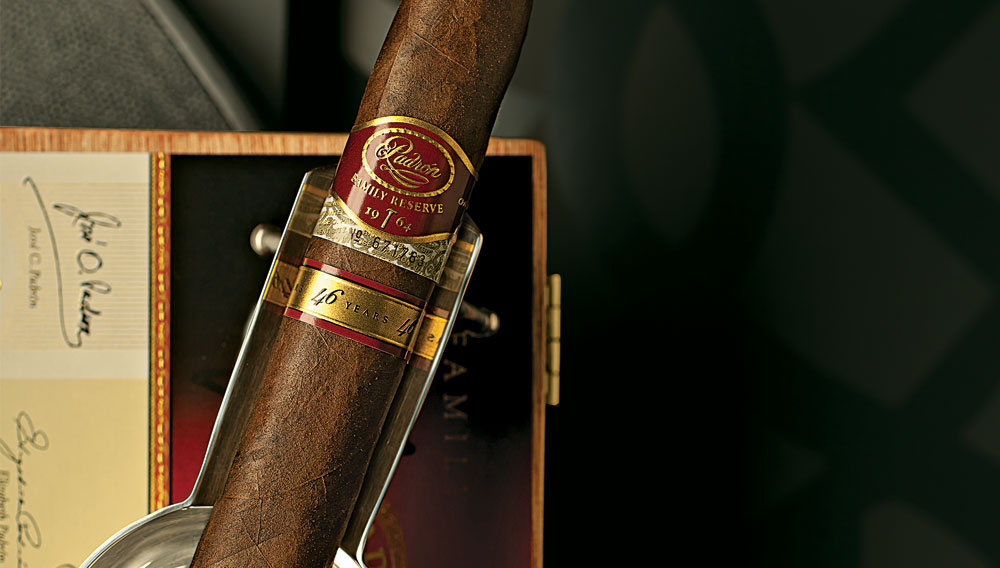 Padrón Cigars turned 50 this year, and in an industry where fierce competition and other factors such as inclement weather and civil unrest have snuffed out many brands, reaching this milestone is cause for celebration. To mark the achievement, the company, which is renowned for its Nicaraguan puros—cigars with a Nicaraguan wrapper, binder, and filler—recently introduced two Padrón 50th Anniversary cigars. The more exclusive of the pair is a box-pressed 6½ × 52 toro made from a blend of Nicaraguan tobaccos that have been aged for 10 years.

Padrón is offering the 50th Anniversary toro in bundles of 50 cigars that are packaged in a white-lacquered humidor and priced at about $5,000; deliveries are expected to begin in December. Production of the humidors is limited to 1,000. Each is individually numbered and bears the signature of José Orlando Padrón, the 88-year-old founder of the cigar brand, which his family still owns. The cigars also are numbered—on the band—and are available in natural or maduro style. Humidor owners will have the opportunity to purchase an additional set of 50 anniversary cigars annually for the next five years.

Padrón has also introduced a box-pressed 5 × 54 50th Anniversary robusto that will become a permanent addition to its Family Reserve series. These cigars will be sold in sets of 10 that are packaged in cedar boxes and priced at $250. As a complement to Padrón’s golden-anniversary offerings, S.T. Dupont has produced limited-edition Limoges ashtrays ($1,000), the Ligne 2 butane lighter (shown below, $2,000), and the Maxijet pocket lighter ($265), all of which feature gold trim and the signature of the Padrón family patriarch.

Regarding the humidors, example No. 1 was available for purchase, but not No. 8. The company is keeping that one, because José Orlando Padrón, who fled Cuba in 1961 and settled in Miami, established his namesake brand on September 8, 1964.